Are you new to photography or perhaps just new to travel photography? Maybe you have only used a camera hand held and now you're ready to add a tripod to your photography gear. We all ask these questions at one point.

The tripods and heads that I used for studio and architecture were less than ideal for travel photography. This video covers what I've used over the years for different purposes and what I travel with now.

Do I Need a Tripod?

If you ever want to make a photo without holding your camera; then yes you will eventually need a tripod.

I actually learned by doing studio photography. That basically meant framing and lighting a set or a scene with my camera tethered to a monitor, and then waiting for a stylist to adjust everything in the frame. The camera had to be mounted and steady for an hour sometimes. After studio photography I spent some time photographing architecture. Architecture is also primarily photographed with your camera mounted on a tripod, or even on gimbals and steadicams for video walkthroughs.

Only after I started doing travel photography did I realize that shooting hand held could be very liberating. So I shot handheld for a while before I found a middle ground and understood when to use a tripod and when not to use a tripod. While there are advantages and disadvantages; a tripod or support system for your camera is a must have tool for any photographer. If you have only ever shot hand held, using a tripod is kind of like going from auto mode to manual. Mounting your camera on a tripod gives you another level of control to manipulate the scene.

Should I Travel With a Tripod?

Whether or not you should travel with a tripod very much depends on what kind of photos you like to create. Sometimes I'm only doing street photography and I'm making photos as I walk around. Most often though; when I travel I look for the full range of coverage from cityscapes and landscapes to details and local life. More and more often I'm looking to make creative frames as well and that might include long exposures, architecture, or even macros. In those cases, the only way to get a sharp quality image is to use a tripod.

How I decide which tripod to travel with:

The only reason not to travel with a tripod is that you don't want to bother with it. Folks are traveling with drones which have far more limited and specific capabilities; so yes, a tripod or camera support of some kind is a good investment and well worth the trouble to pack and to travel with.

What to Look for When You're Buying a Tripod

The main reason I travel with the tripods I do is because they offer the best expanded height (max height) with the most compact folded height (folded length). Benro is a popular brand among travel photographers, but after comparing all of the options, Sirui gear gave me the best of all worlds. I wanted a tripod tall enough that I wouldn't have to duck down to look through my camera viewfinder, and a tripod that would fold down as small as possible. There's also a newish company on my radar called 3 Legged Thing that meets all of these needs at a pretty reasonable price point.  If you're always working in a studio where the size and weight of the camera support doesn't matter then just get a camera stand and you'll be very happy you did.

Traveling with a large heavy tripod could cost you extra in baggage fees and you'll have to find a way to strap it on to your bags or carry it separately. I often travel with a small tripod so I can hide it in my luggage and not be identified as a photographer. Sometimes that also means that I can enter a location with my camera gear that I wouldn't be granted access to if they knew I was a photographer.

Maintenance is my second consideration, but probably not a big one for most people. I like twist lock legs while other people like flip lock legs. Twist lock legs don't have to be tightened with tools while flip lock legs do. Ultimately that's really just a preference since both are equally as quick to set up and take down. 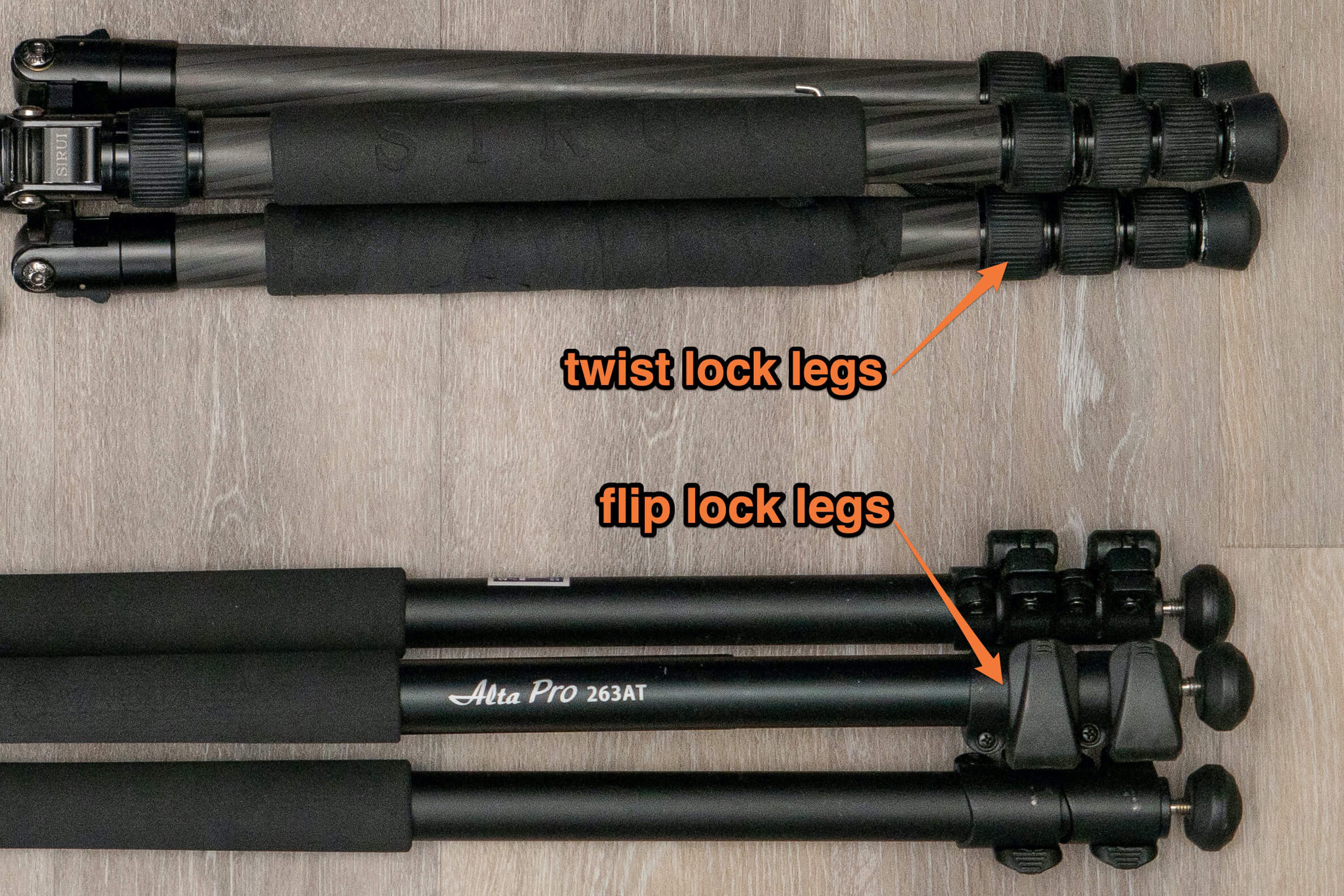 If your primary photography style is long exposure then you may want a tripod without a center column so there is less chance of movement. The center column allows for more max height while still packing down small to travel with so I like having a center column. On some tripods you can also invert the center column which allows you to hang the camera under the legs which is nice if you want your camera to be nearly on the ground but still stabilized by your tripod. I've only used that feature a few times, but it does come in really handy. 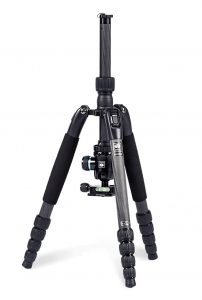 Having one removable leg to use as a monopod has saved me in a few cases where I was not allowed to carry a tripod but a monopod was permitted. This is pretty common in locations where an attraction conducts tours of a location and the tripod would be an inconvenience to other guests. Call ahead or check the website before you go and you'll usually see a notice if tripods are not allowed. 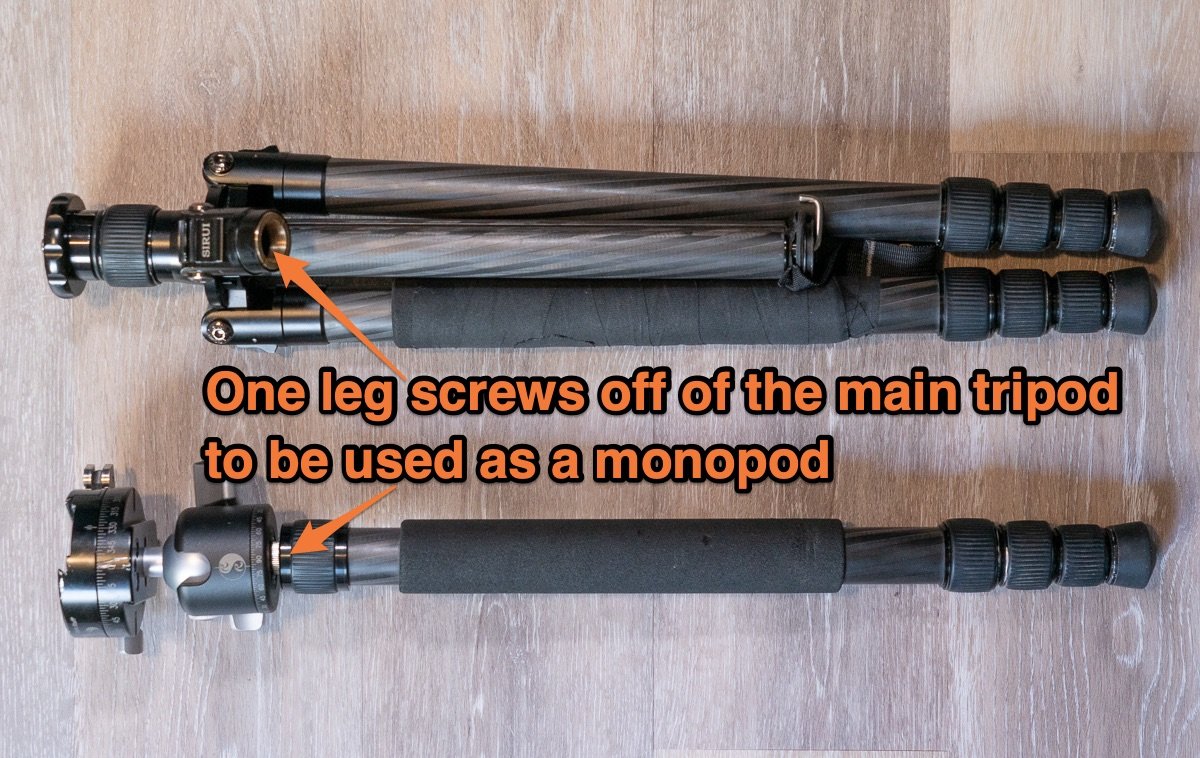 What to Look for When You're Buying a Camera Support Head

There are dozens of ways to attach your camera to your tripod so again I'll keep this focused on travel photography use cases.

For travel photography I definitely recommend a ball head. I do love my Really Right Stuff head, but they are definitely not the cheapest. A ball head camera support is the most compact option and pretty light unless you buy a monster head like I did. This one pictured below is kind of overkill to be honest. For most of my travels I'd rather have something a bit smaller and lighter.

Arca Swiss is the most common universal style for both heads and mounting plates. When you get into specialty heads that are best suited to architecture or macro they may have a proprietary mounting system. 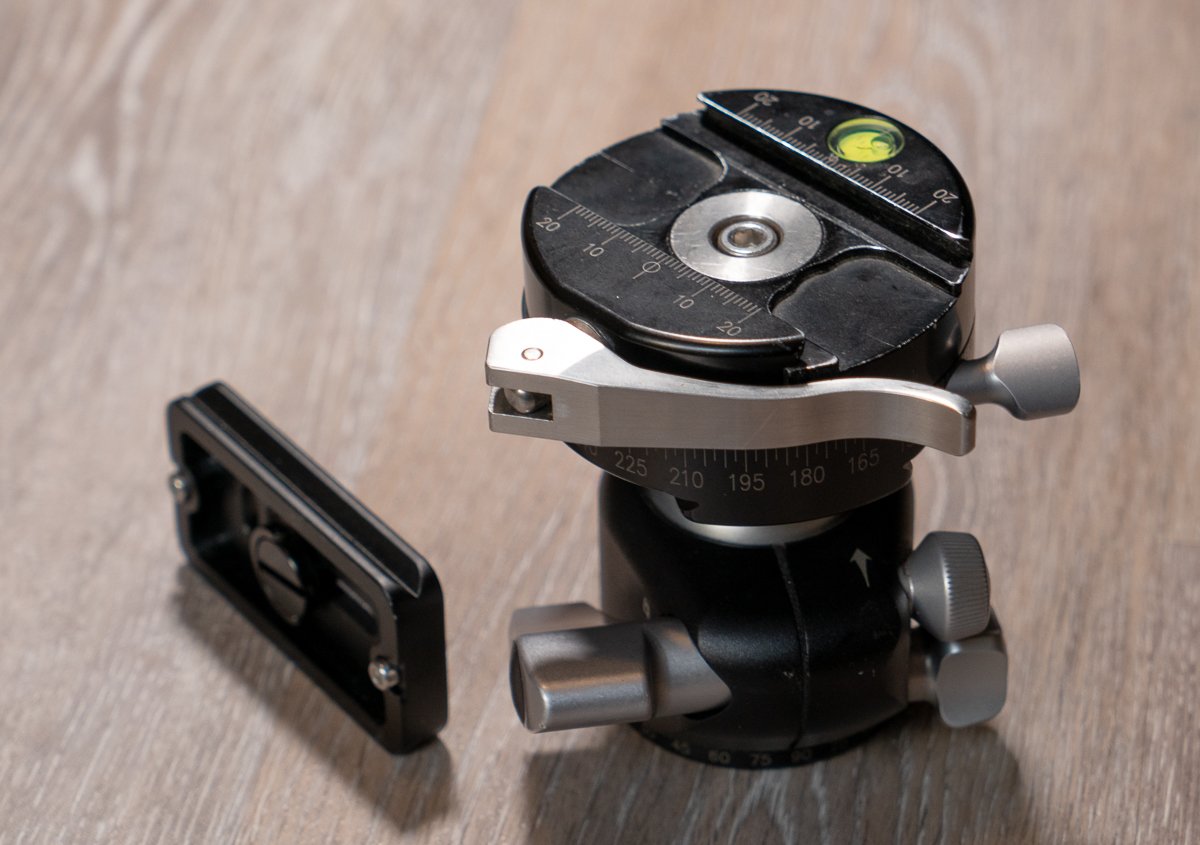 Important factors to consider before you buy a camera support head:

These are the different heads I've used for various needs. They each serve their purpose well. It is kind of annoying though having to change out the plate on the bottom of my camera to match the head I need to use. Staying with one style of mounting plate for all of your heads and cameras is the best way to go, but that's not always possible. 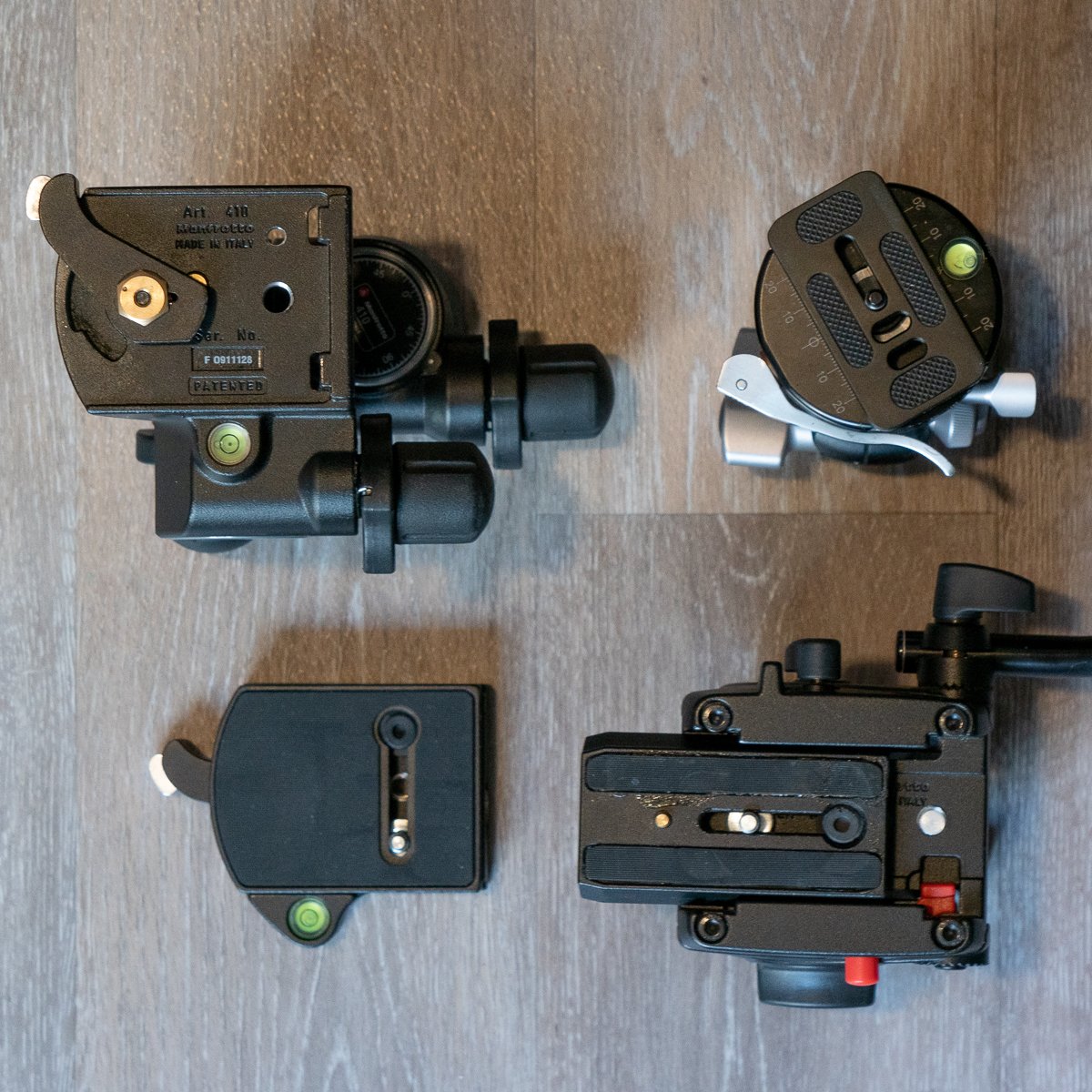 The other head I have used that is pretty popular is the pistol grip; which  is also a ball head. Some people love these. I find them frustrating to use because it's difficult to make minor adjustments. They are usually pretty light which is nice. Anyway; go to your local camera shop and check out all of the styles. This is my least favorite but your mileage may vary. 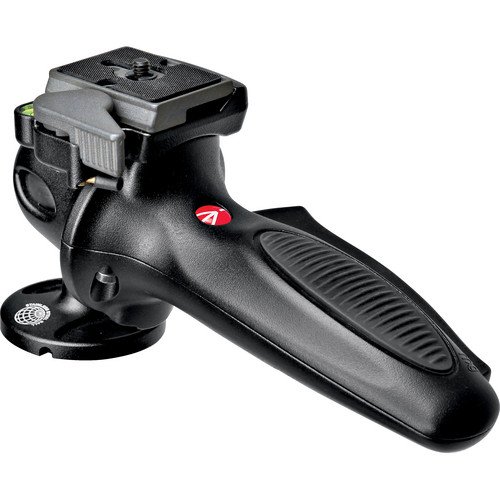 An L Plate is another piece of mounting hardware I can't live without now. This gives you the option to mount your camera onto the head in landscape or portrait mode. The big advantage here is that you can switch between the two without having to adjust your tripod to recompose the photo that you already took the time to frame so perfectly. 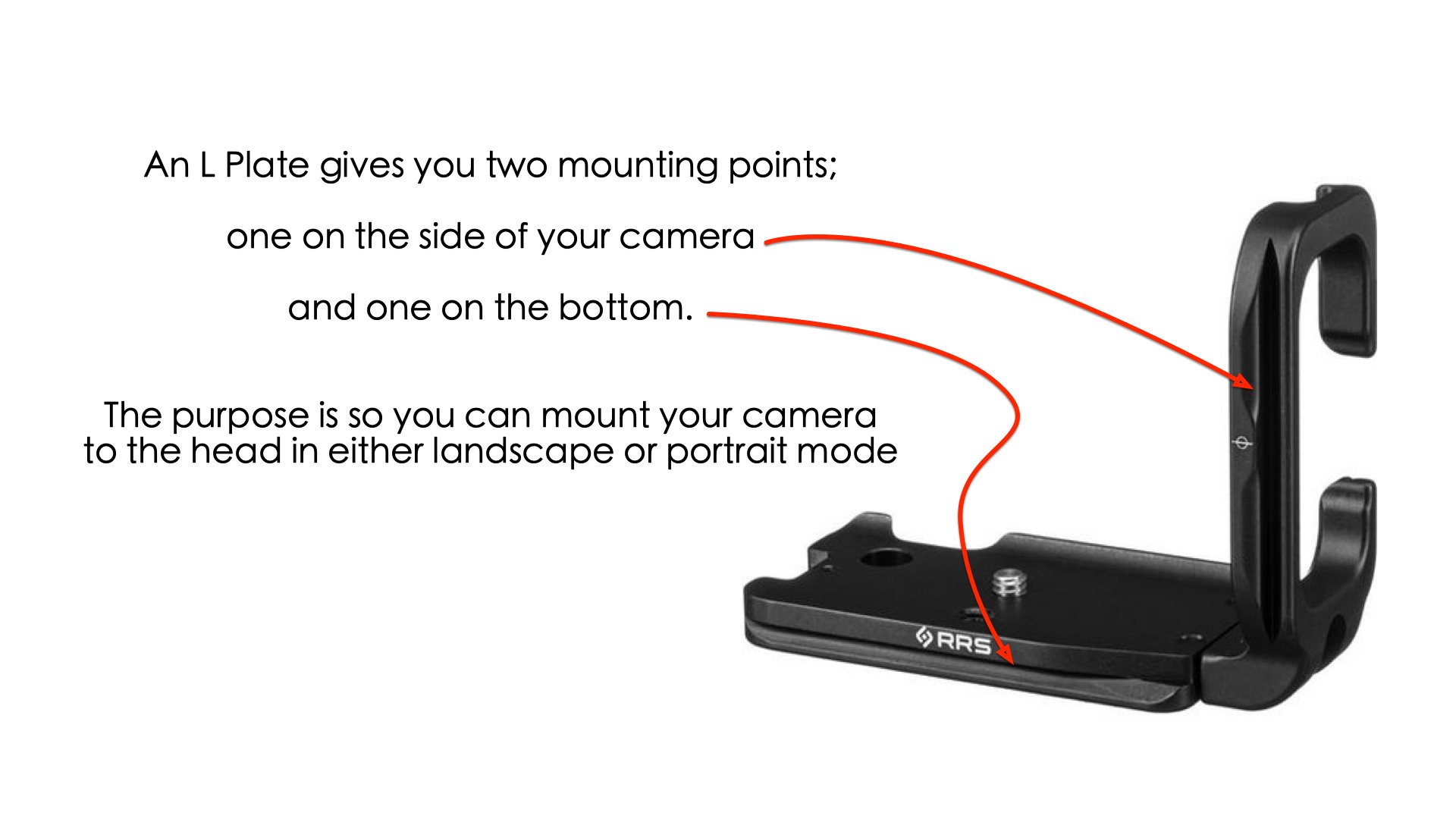 One more piece of hardware that is always in my bag is this capture clip. There are a few manufacturers that make them, but I've been really happy with this one from Peak Design. I still have the old style that looks like this. I do use a camera strap too, but this is ideal for situations where you don't want a camera swinging around your neck. It mounts on your belt or on a backpack strap. I use this on every travel photography trip and just hiking trails with my kids. 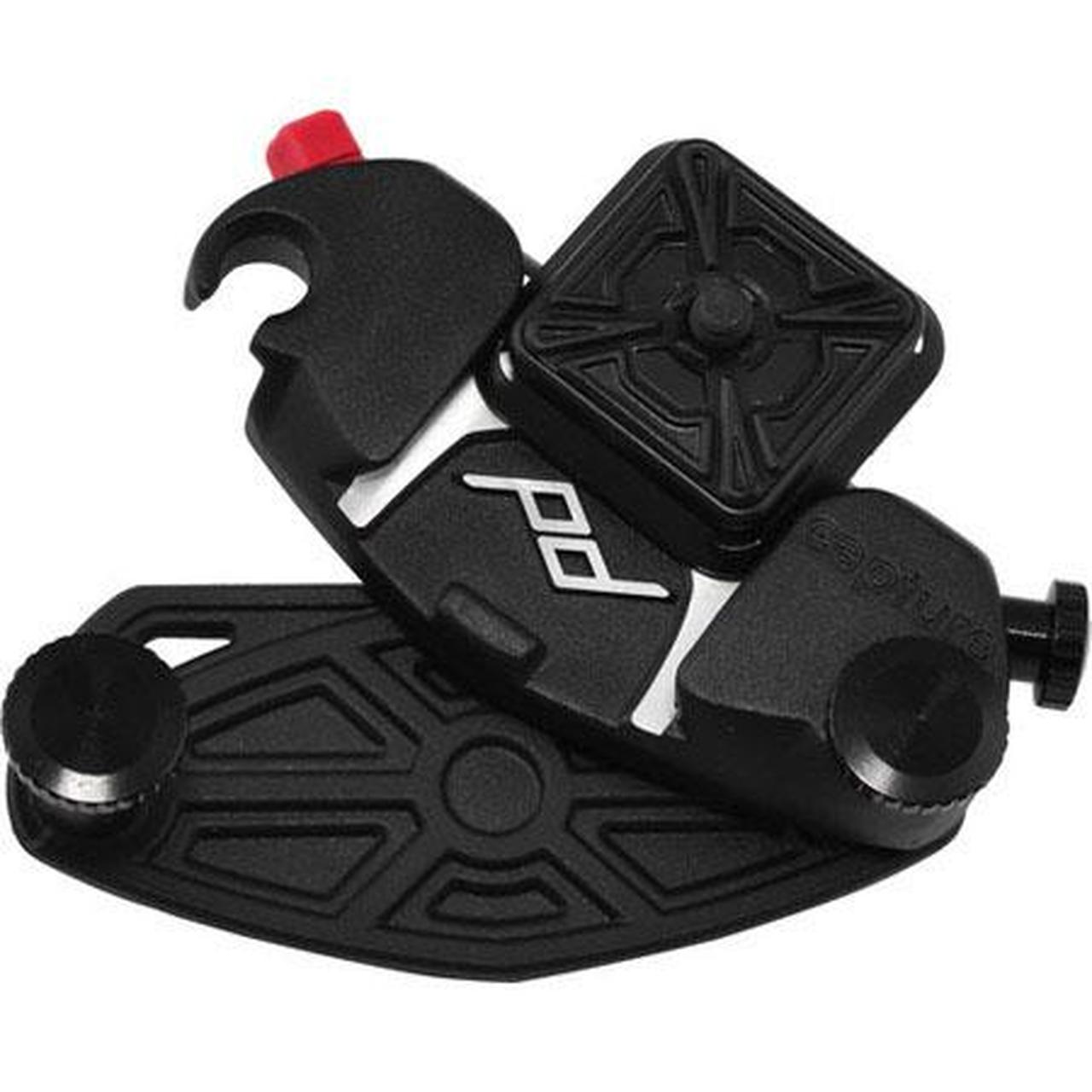 How to Decide What Tripod and Head to Buy?

As with most photography gear purchases I now recommend buying just enough to do the job and then upgrading after you have spent some time with it. You can get a very serviceable setup for $250 US or less. Once you have spent some hours using a tripod and a head, you'll have a different idea of what you like or need. Your next purchase may be totally different so you don't want to have a ton of money sunk into something just because you got gear acquisition fever and thought you needed something fancy.

Once you do know what your shooting style will be and what kind of features are most important to you, now it is time to spend some money. A quality tripod and head, and other mounting accessories most definitely make travel photography; and learning any new photography discipline, more enjoyable. 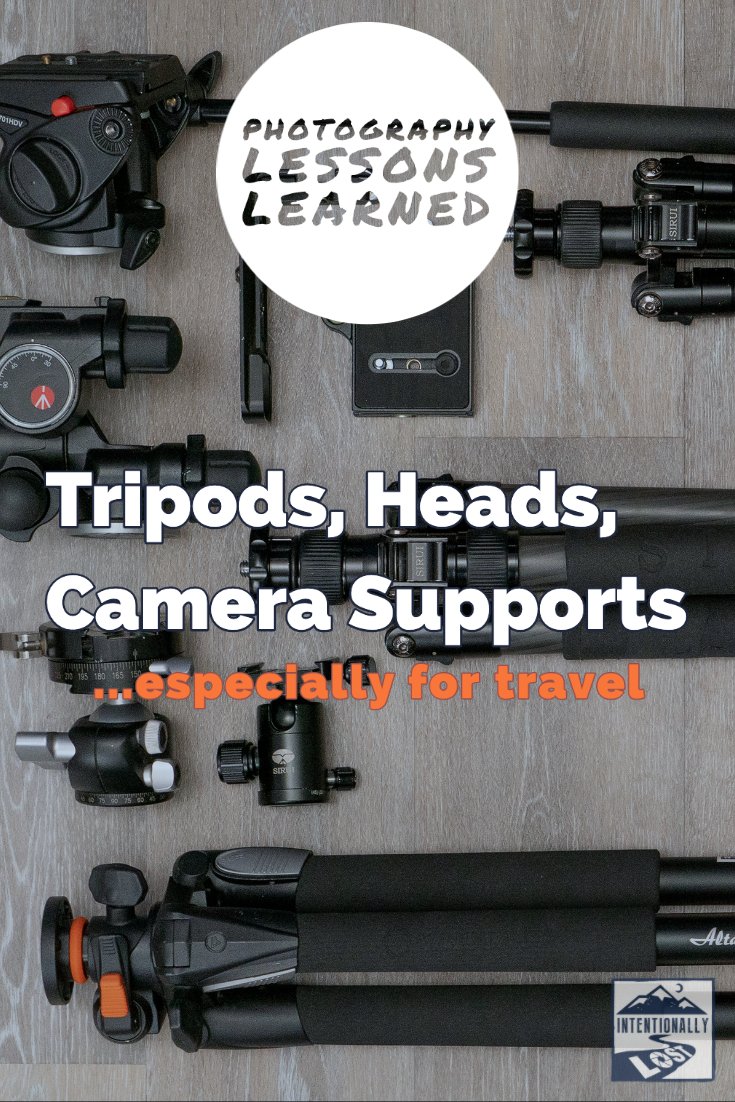 Subscribing to Notifications is the best way to get new content. I email a few times a year with bike and photo tour updates and the best new photos, posts and interviews.
35 Shares
Share31
Pin4
Share
Share