The value in a Cinemagraph over a still photograph 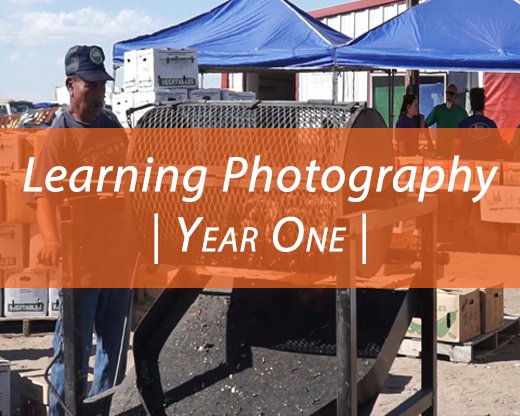 I originally wrote an article about this effort for the MartianCraft Syndicate blog comparing some footage shot on my Sony a6000 edited with Flixel Pro to what I hope to be able to do with Live Photos from Apple. I've updated it a bit for my site here.

As cameras in mobile phones improve I do sometimes take my iPhone along as my only camera. Some Android phones and apps allow you to capture the RAW data from images. iPhones in 2015 still only allow saving a tiff file; which is better than the compressed jpeg but nowhere near the data you would get in a raw. Still I find that when I have nothing else on me, I'd rather have a picture taken with the phone than none at all. This is not about devices though.

Here are a couple of examples that I created with Cinemagraph Pro. Shooting the video took very little time. The challenge was in trying to mask the moving and non-moving parts of the images. With the chile roasting, the man was moving as he turned the barrel and cleanly looping the frames was impossible. This was with the camera on a tripod. I did pull a frame from the video to create the still in the background. The result is a low quality png that gets imported back into the video sequence to use as the background still frame. I could have shot an image just for the background as well and had a lot more control over editing the background colors and exposure. For my tests I chose to use the png in the interest of time.

I have seen cinemagraphs used in stunning ways like a scarf blowing in the wind, the wheels on a car moving with smoke billowing from the tires, or a waterfall cascading into a lush valley. I do think there is value to these uses. The question for me is whether or not they have a place in traditional photography. A good photographer will be able to convey everything about the scene they are capturing to the viewer. Adding some motion definitely enhances the story. So that answers my question right; I should try to make cinemagraphs every chance I get?

As with so many creative endeavors; it depends. I like getting creative with my photo editing. I do creative edits when I have a clear vision for the mood I want to convey, and when I want to direct the viewer to a narrow set of conclusions about the image. For that purpose, a cinemagraph is a good bridge between a still image and a video. When I want to leave more to the viewer's imagination I'll edit the image to be more true to the moment. I enhance the colors, contrast, saturation, exposure, depth of field or whatever else I feel will draw attention to my subject and if you were to go to that exact spot you would be able to see what I saw when I took that photo. With a creative edit, if you stood exactly where I was when I took the shot you might just be scratching your head; which means I succeeded in turning the real life moment into something surreal.

I love the next new thing as much as anybody. Some photographers will choose to make only cinemagraphs or switch to video entirely because they feel those methods best support their narrative and creative style. I plan to dabble when it makes sense and possibly publish when I can improve my product vastly over the couple of first attempt examples you see here. I'll even make some with my iPhone. For the ability to let an image mean whatever you need it to at any given time, a still capture remains the most powerful I believe.

Subscribing to Notifications is the best way to get new content. I email a few times a year with bike and photo tour updates and the best new photos, posts and interviews.
1 Shares
Share
Pin1
Share
Share