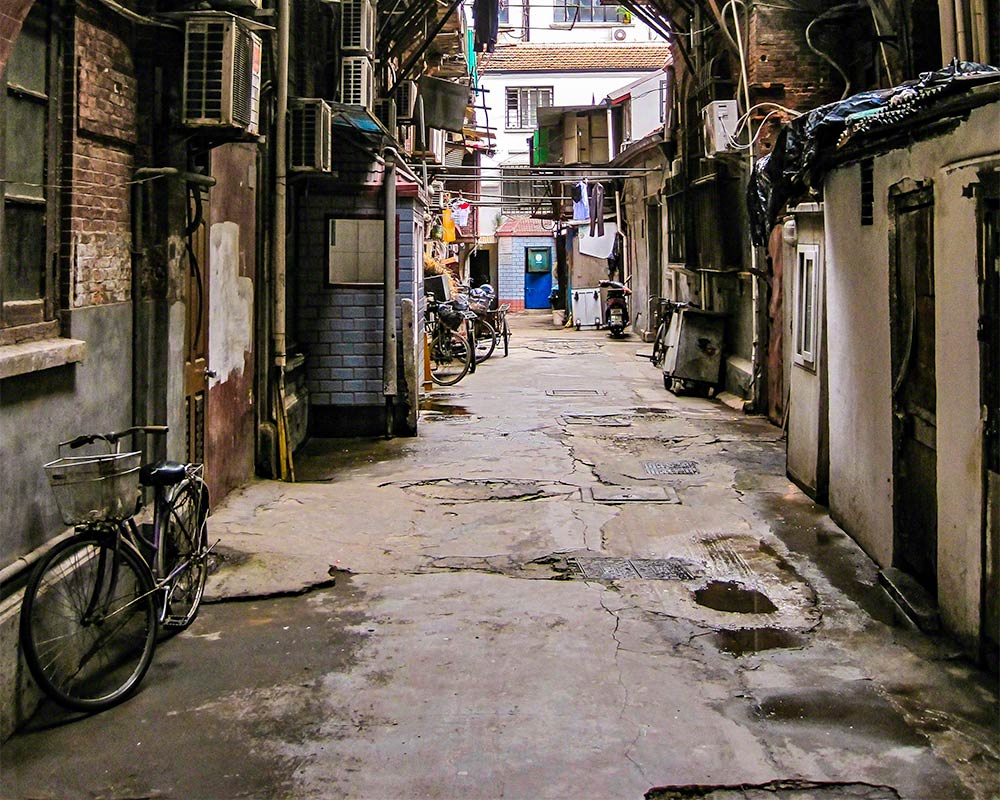 I had never been to Shanghai and didn’t know what to expect. Just down the street from a nice gated hotel where I was staying I wandered into the Shanghai Neighborhoods to see how they live. I  followed a family to this street where they disappeared into the first door on the right in this picture. They live there. I’m not sure how anyone gets to the homes higher up. I wasn’t about to poke my head inside uninvited. The street reminds me a lot of New York City but even more densely populated. 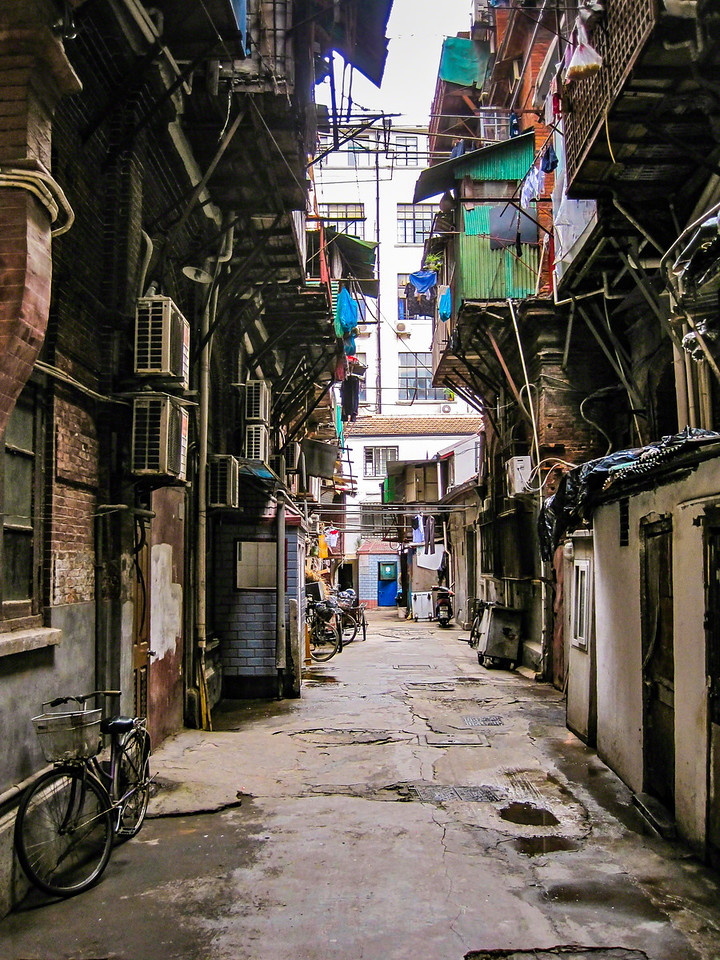 Something really impressive in Shanghai and really throughout the cities in China – the parks are very well maintained and groomed and there are a lot of them. Many cultural and historical sites have parks built up around them to encourage people to gather. Walking through the neighborhoods there are these beautiful little parks everywhere as well. So while the standard of living does tend to be lower for the majority of people living in cities, the public spaces are important and well kept. It’s pretty common to see groups of people gathering to play music, dance, practice Tai Chi or basically any group activity. I saw that more in Beijing and Guilin. In Shanghai I saw more activity at the public park along the Bund than I did in little neighborhood parks.