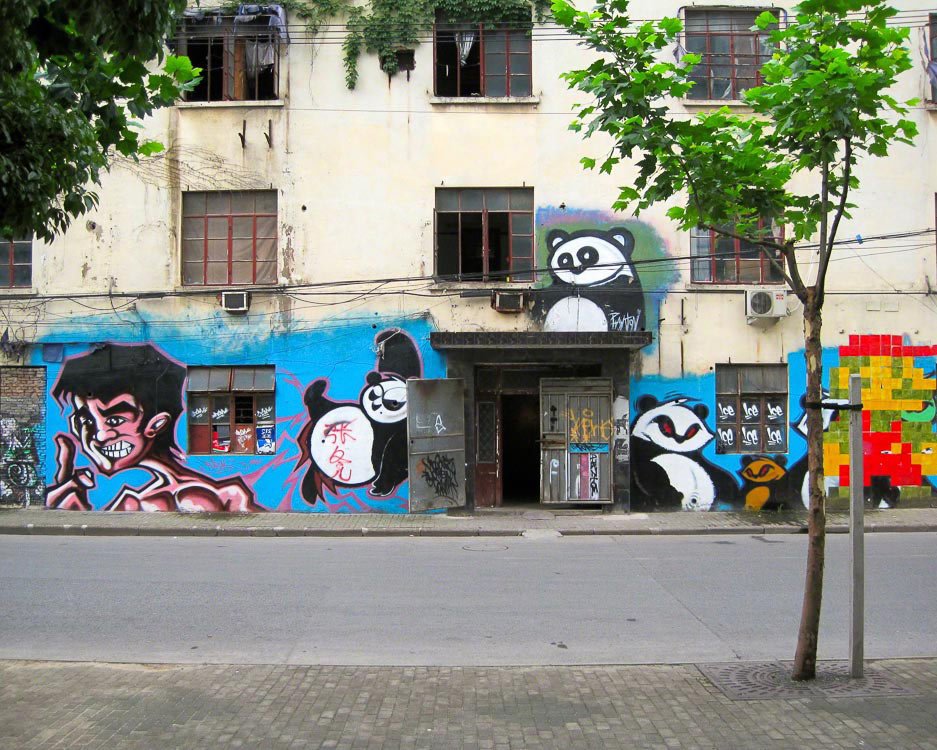 Starting with my first international trip alone, I went with just a small point and shoot and an iPhone 4. This was in the Shanghai art District and is the first photo I can remember taking and thinking, "I bet a lot of people would never see something like this and I should share it". Street art is everywhere, and every city in the world has its own flavor to match the local culture. I see a lot of it in photographer's portfolios. I only photograph it when it helps to really remind me of a certain place and time that I was there.

I like this image because there are several contrasts in this scene; primarily old to new. The building across the street is obviously old which you can tell by the bricked over doorway that now has tags and art over it, and by the wiring now run on the outside of the building which indicates that power was brought to the building long after it was erected. Then there is graffiti added at different times in a few different flavors, most notably the "kung fu panda" art. Finally, the new sapling planted on the near side of the street brings the scene all the way up to present day making everything about this neighborhood new again. Even without the skyscrapers and mega malls next to centuries old Chinese temples, Shanghai is a contrast between old and new. 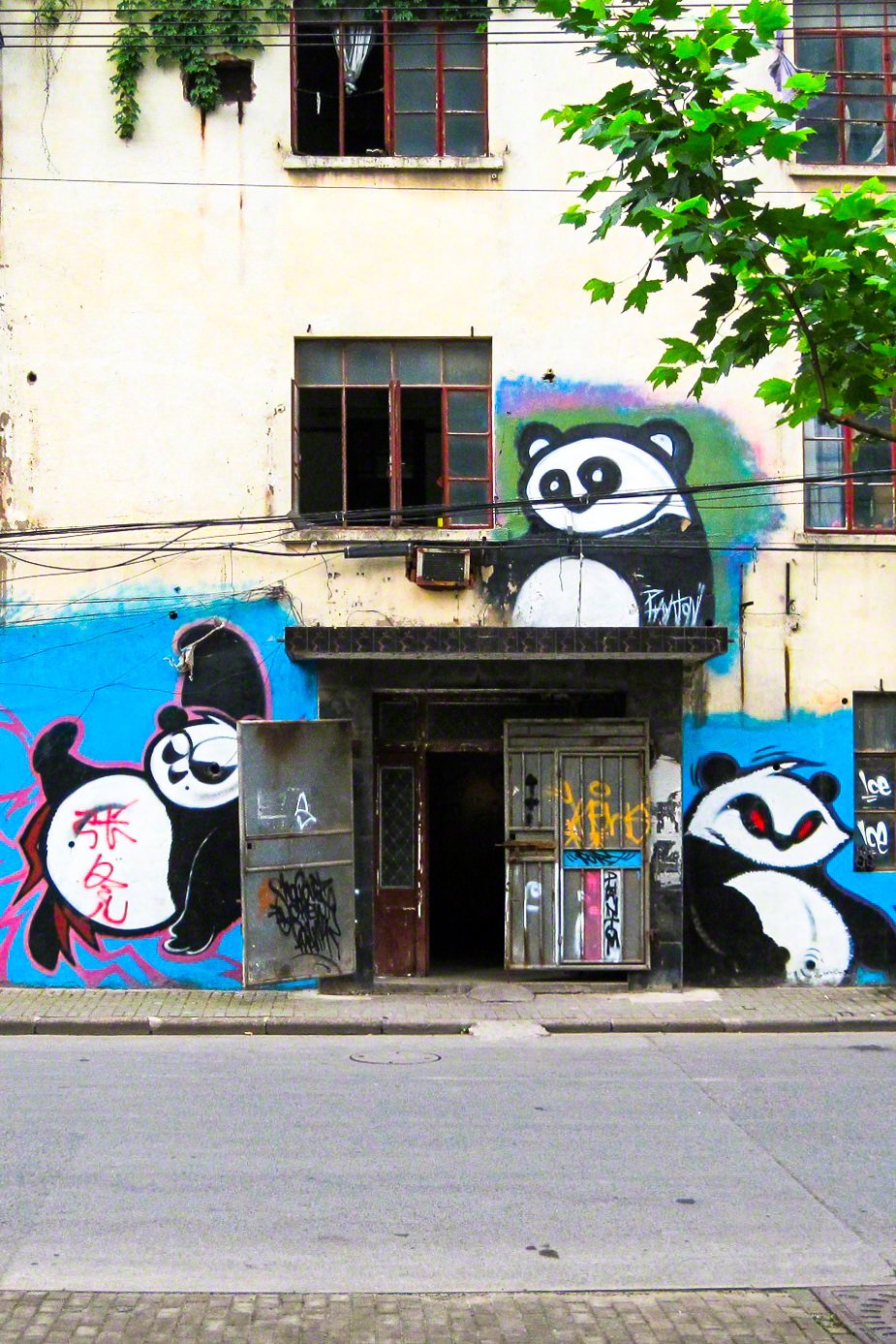