McWay Falls Trail through the trees 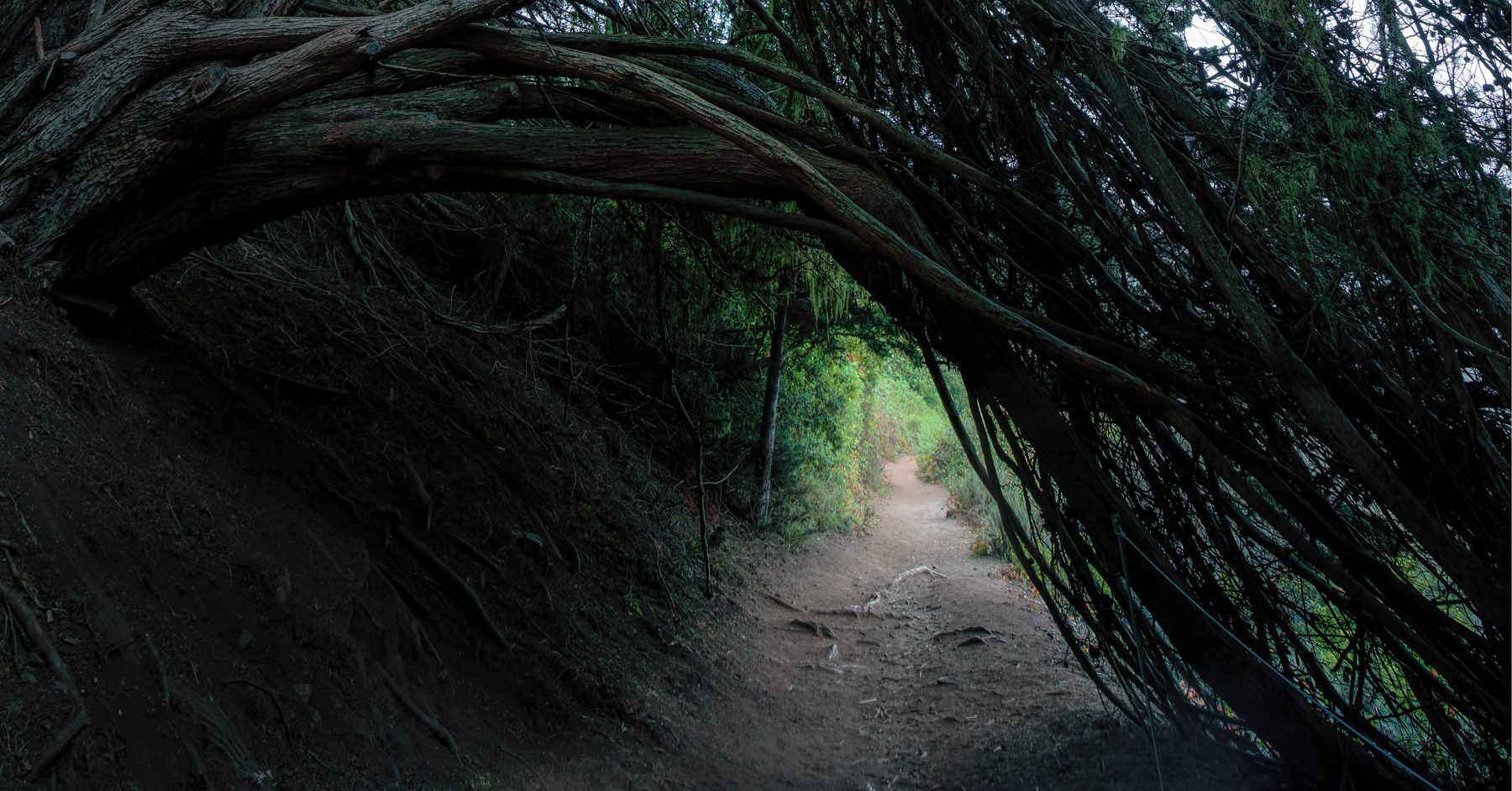 The McWay Falls  Trail in Julia Pfeiffer Burns State Park along Pacific Coast Highway 1 is pretty short but still difficult to navigate in the dark, and in the fog. I went late one evening hoping to get some sunset photos. Clouds rolled in and the fog was too thick to see anything. So I came back after dark because there was a full moon and I thought maybe the clouds would break and I could get a nice moonlight shot of the waterfall.

The McWay Falls trail is pretty short so you really can’t get lost. The problem on this night is the visibility was terrible and it was too foggy to see across the inlet from the walkway to the waterfall. I was about to pack it in for the night when the moonlight broke through the fog onto the footpath in front of me. Before the moon shone through it had been too dark to see my surroundings and I didn’t even know there was more path there in front of me. So I didn’t get the photo I was after but found something else interesting instead.

I came back again the next morning at 5am, again hoping that the fog was gone and I could get some sunrise photos. No luck, so I wandered around the path again looking for something else interesting.  In the dim first light all I could see was the trees covering the path. After waiting for my eyes to adjust, the path beneath the trees became apparent. There was no wind so everything was still enough for a long exposure photo. The fog from the night before had blown over and I could see the path beneath the trees.  There’s always a way through if you’re patient enough to see it. 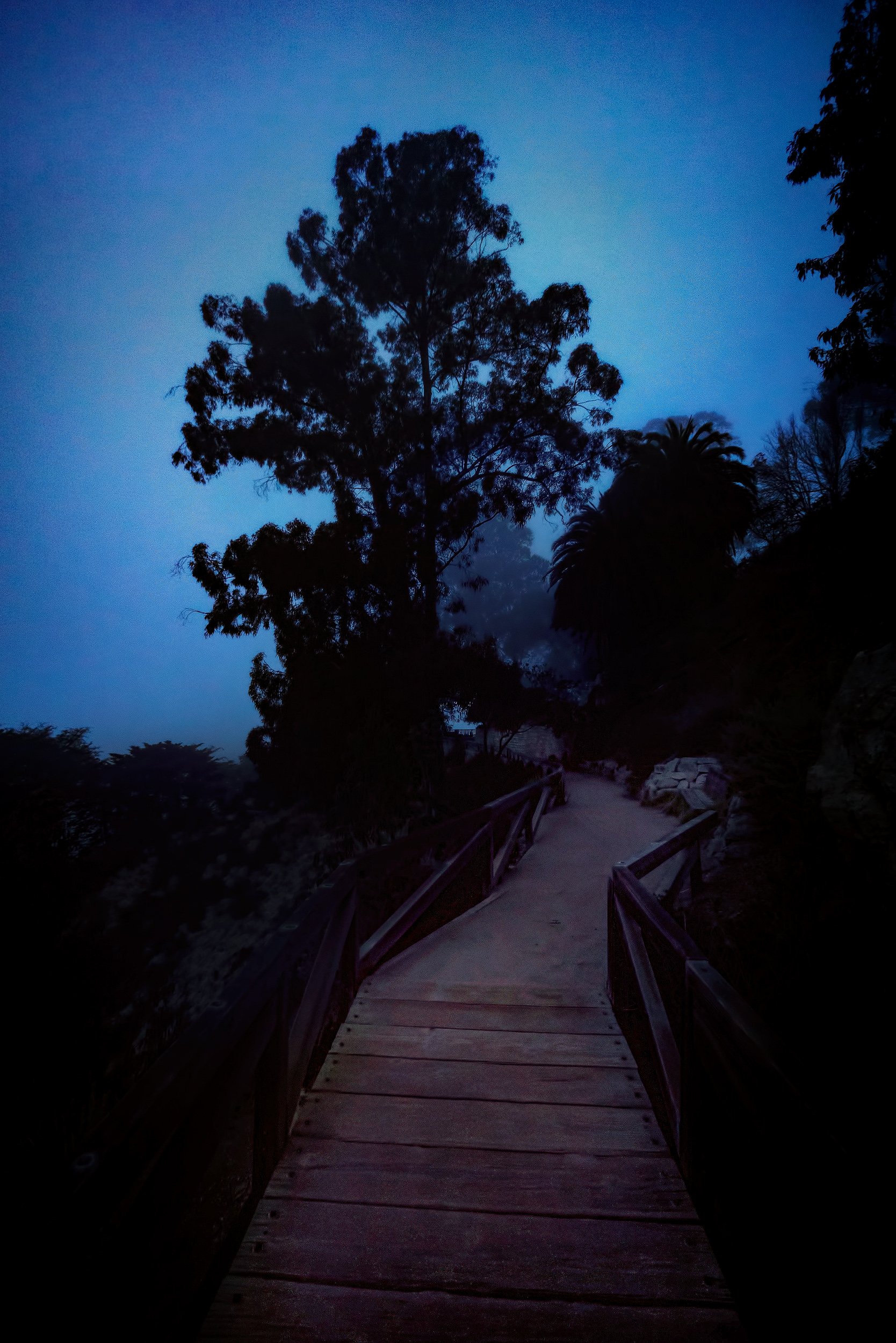 Subscribing to Notifications is the best way to get new content. I email a few times a year with bike and photo tour updates and the best new photos, posts and interviews.
7 Shares
Share
Pin7
Share
Share
: