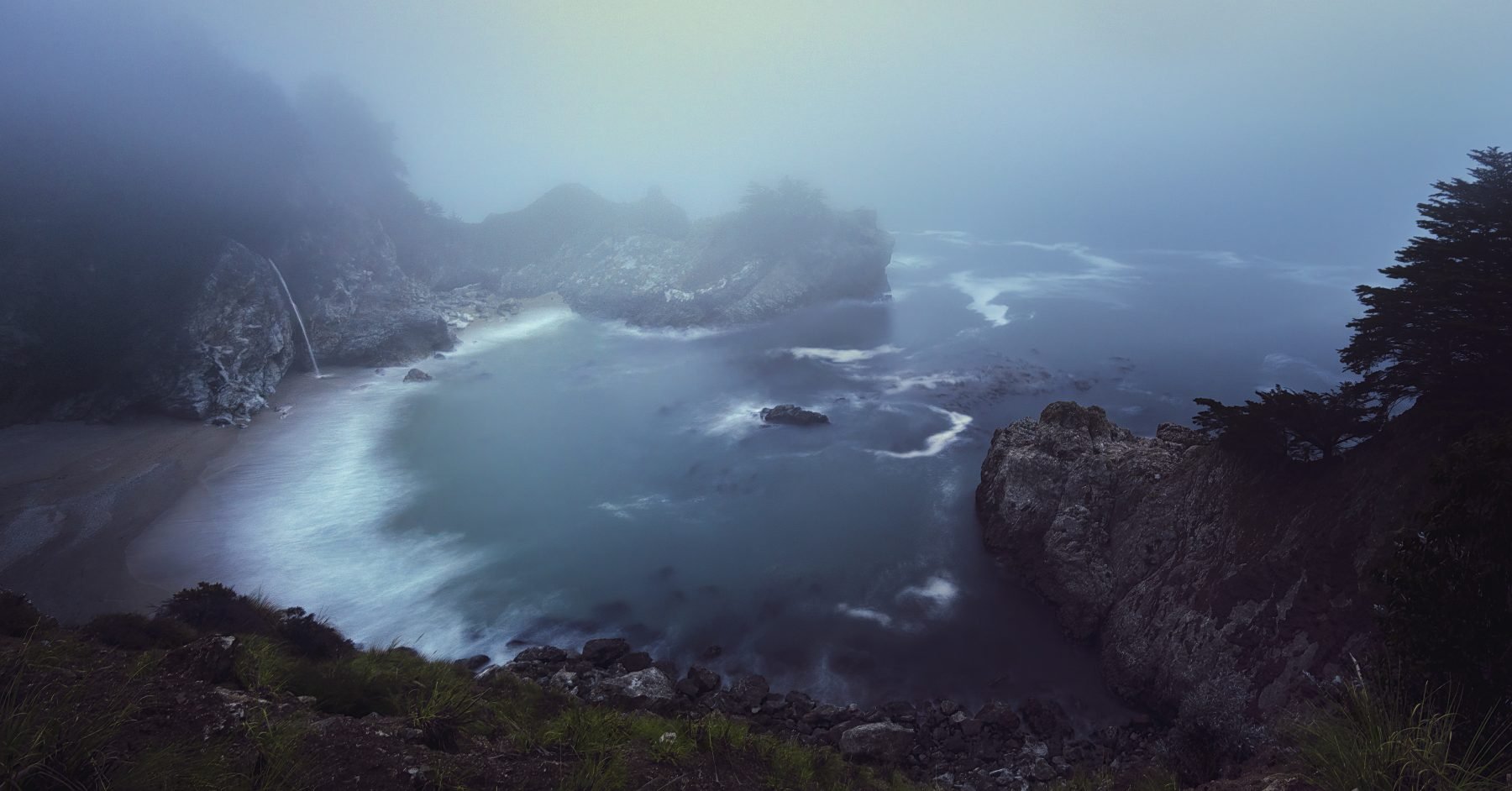 On my third and final attempt to find some interesting light at McWay Falls I was greeted with heavy fog. I had been here the night before to catch golden hour and there was also heavy cloud cover. It's an intriguing spot during daylight hours but even with that inviting ribbon waterfall I wanted something more magical. 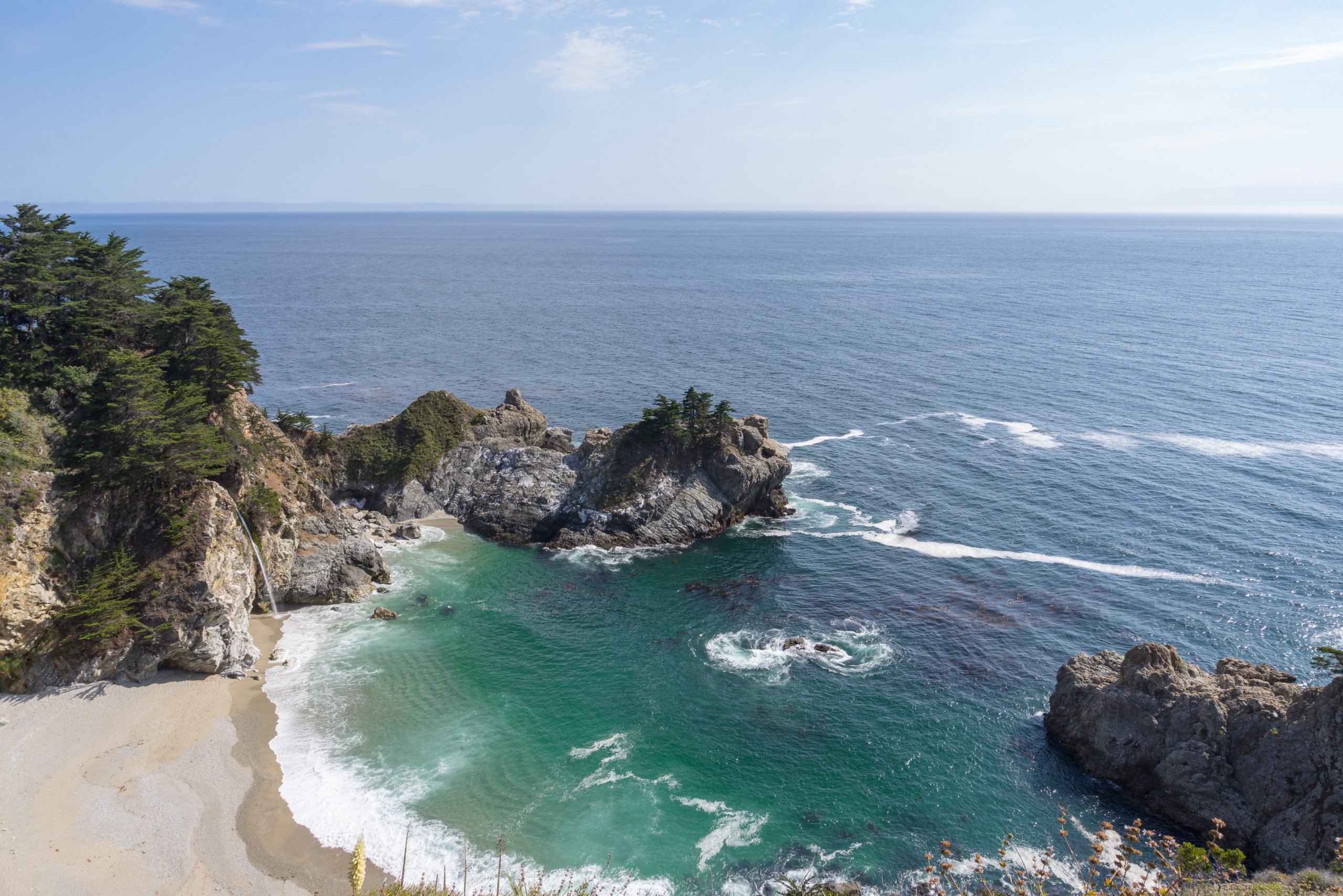 The idea was to try a sunset and a sunrise both to see which provided better conditions. Since neither option cooperated I had to make the most of it. A night shot with the waterfall lit up by moonlight was another idea but...too many clouds once again.

On the next morning I returned at sunrise and waited for an hour hoping the fog would burn off and give me some nice color in the backlist sunrise. Well that didn't happen so...embracing moody images seems to be something I'm doing more and more often. Of course if I knew anything about visiting California in the summer I would know that coastal fog is to be expected. Moral of the story - if you want clear weather photographing on the California coast plan your trip in the winter months from October through April. 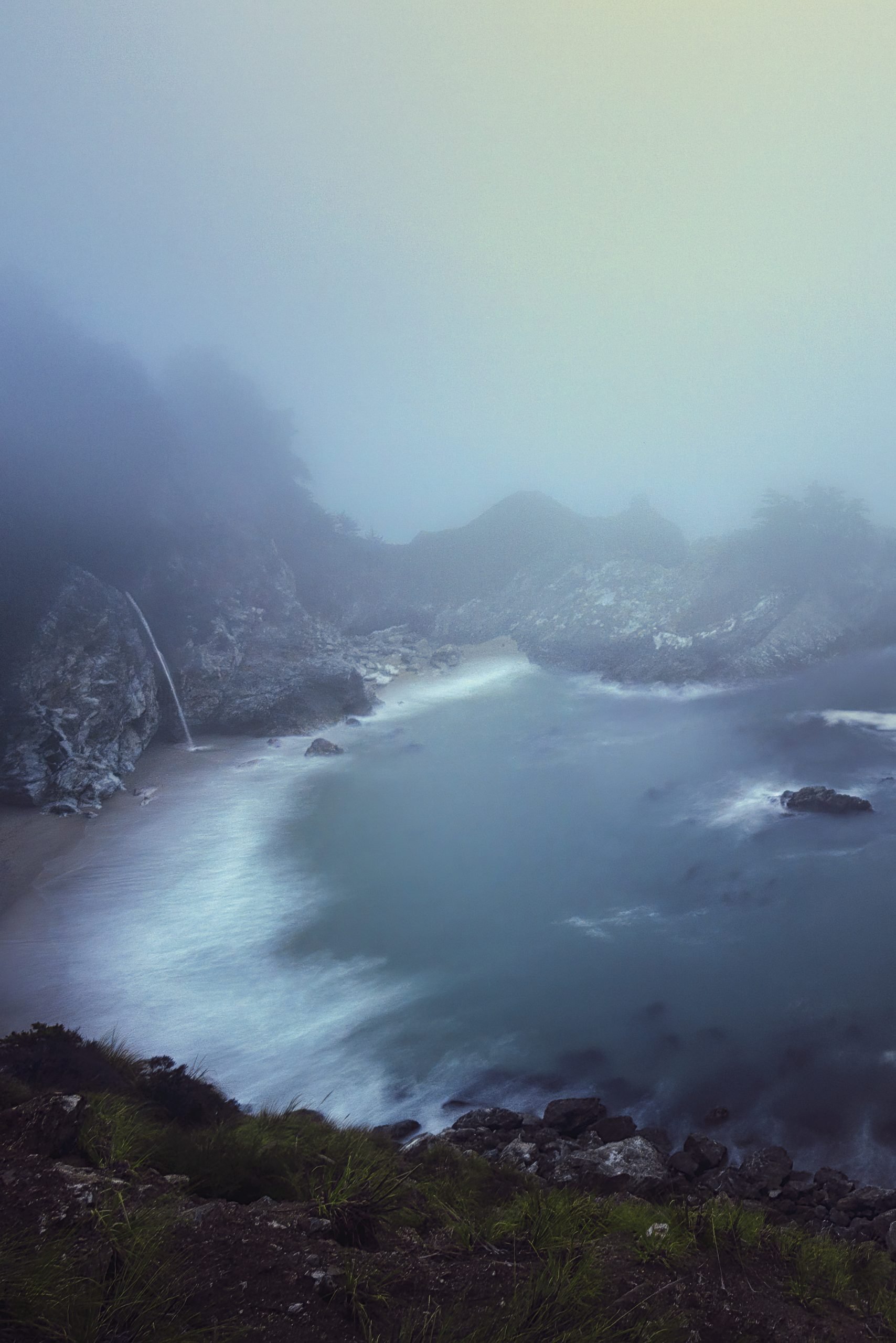 Subscribing to Notifications is the best way to get new content. I email a few times a year with bike and photo tour updates and the best new photos, posts and interviews.
4 Shares
Share
Pin4
Share
Share
: