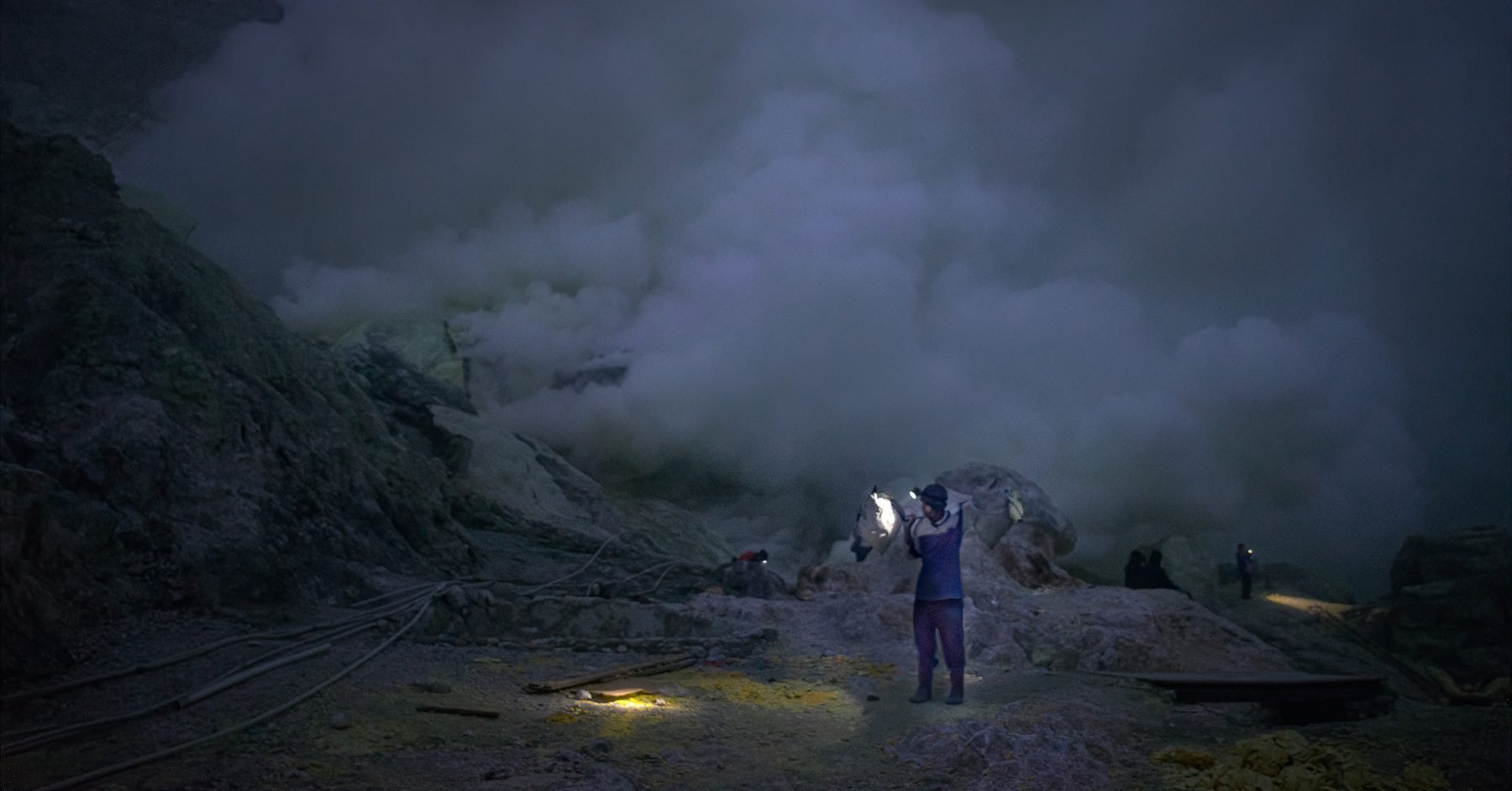 You've always wanted to do a four a.m. hike down a mountain in the dark ending at an acid sulphur lake right? Have I got just the place for you. Most photographers who visit Java Indonesia are there to visit the temples in Yogyakarta like Borobudur. If you're a little more adventurous you'll venture out to Mount Bromo which really is the iconic photo everybody thinks of from this island nation. I did not make it to Bromo and I would like to go back for that shot someday.

Mount Ijen will not disappoint and I was glad I included it on my shot list for a one week trip around Java. There's not a lot to see on the hike in when you start at 4am. The reason to go so early is to reach the bottom of the crater before sunrise and see the blue fires of ignited gas emitting from the vents of the volcano. 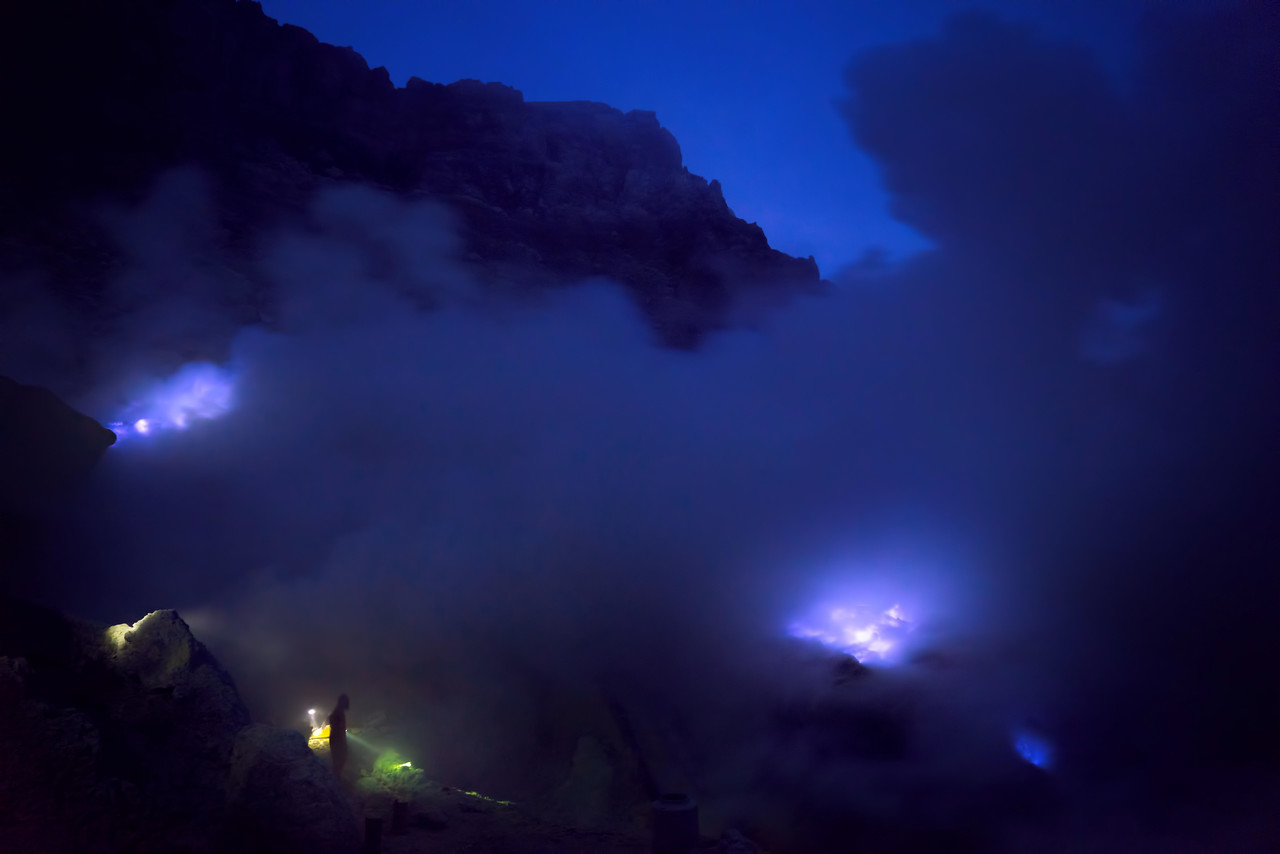 There are several challenges photographing in this environment. I thought the sulfur gas would bother me and maybe my camera but I really didn't notice it. A lot of people were wearing face masks. Maybe I should have been but I didn't. I've been in less hospitable environments so Ijen just didn't rise to the level of triggering my self preservation instincts. My camera bodies are weather sealed so I wasn't worried about the gas getting into the camera and affecting the sensor. For good measure I used a zoom lens to give me composition options and didn't change lenses while in the crater. However, the fastest zoom lens I had at the time was an f4 so the most glaring challenge was capturing good images in the dark.

I really wanted to see the miners working which was hard to do with long exposures since they're constantly moving. My best bet was to get them near a light source like next to the fires or illuminated in a headlamp. I wasn't going to try and stage something and ask them to pose while I set up some lights. That stuff is for commercial shoots with an assistant along to help...and to translate. Using my own light to illuminate them also felt equally invasive and disrespectful. When the sun started to come up and add a little more ambient light I was able to see a little more of the layout where everybody was working. After watching their patterns for ten minutes I set up in a spot where I knew they would be walking through. Armed now with a faster lens, more experience, and maybe doing the morning hike more than once; I'm certain I could come away with better photos. At the time, this was the best of the bunch. 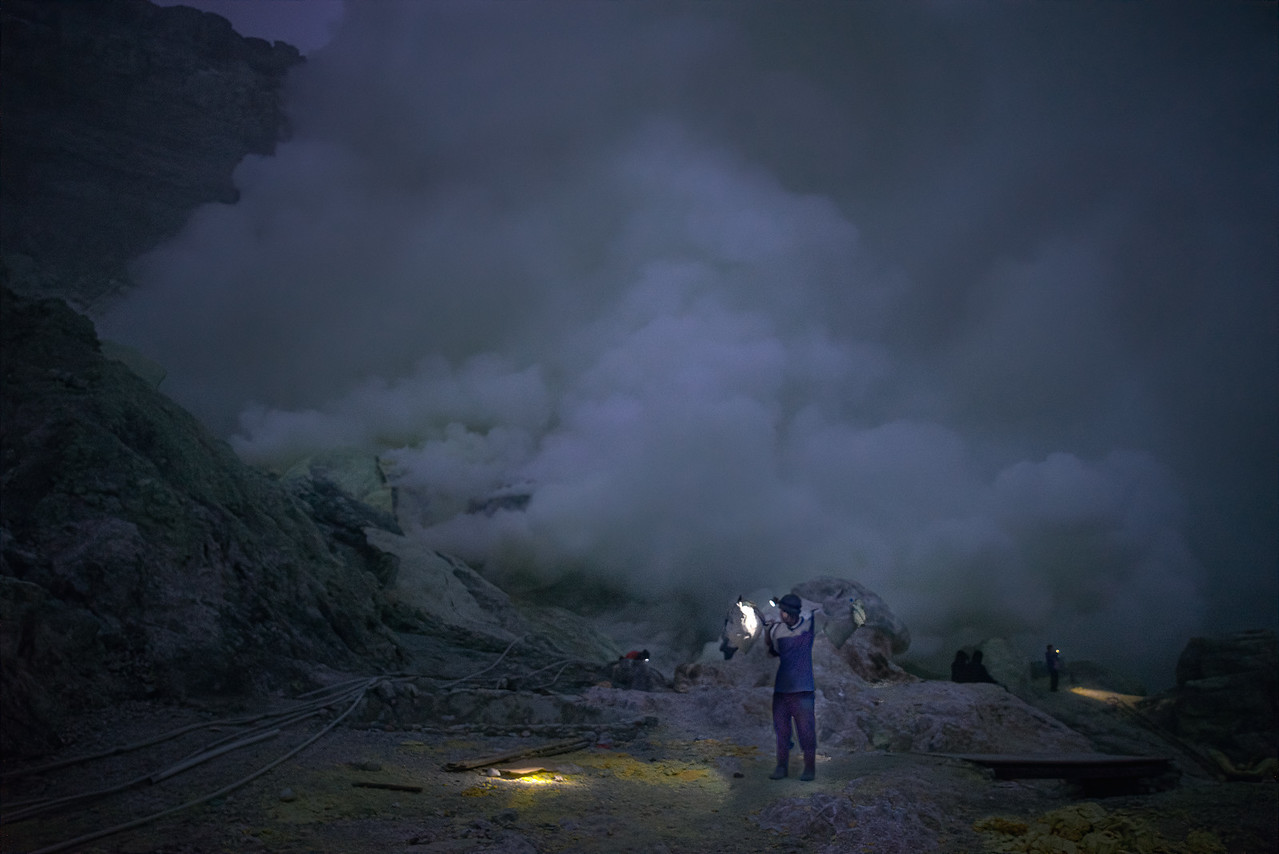 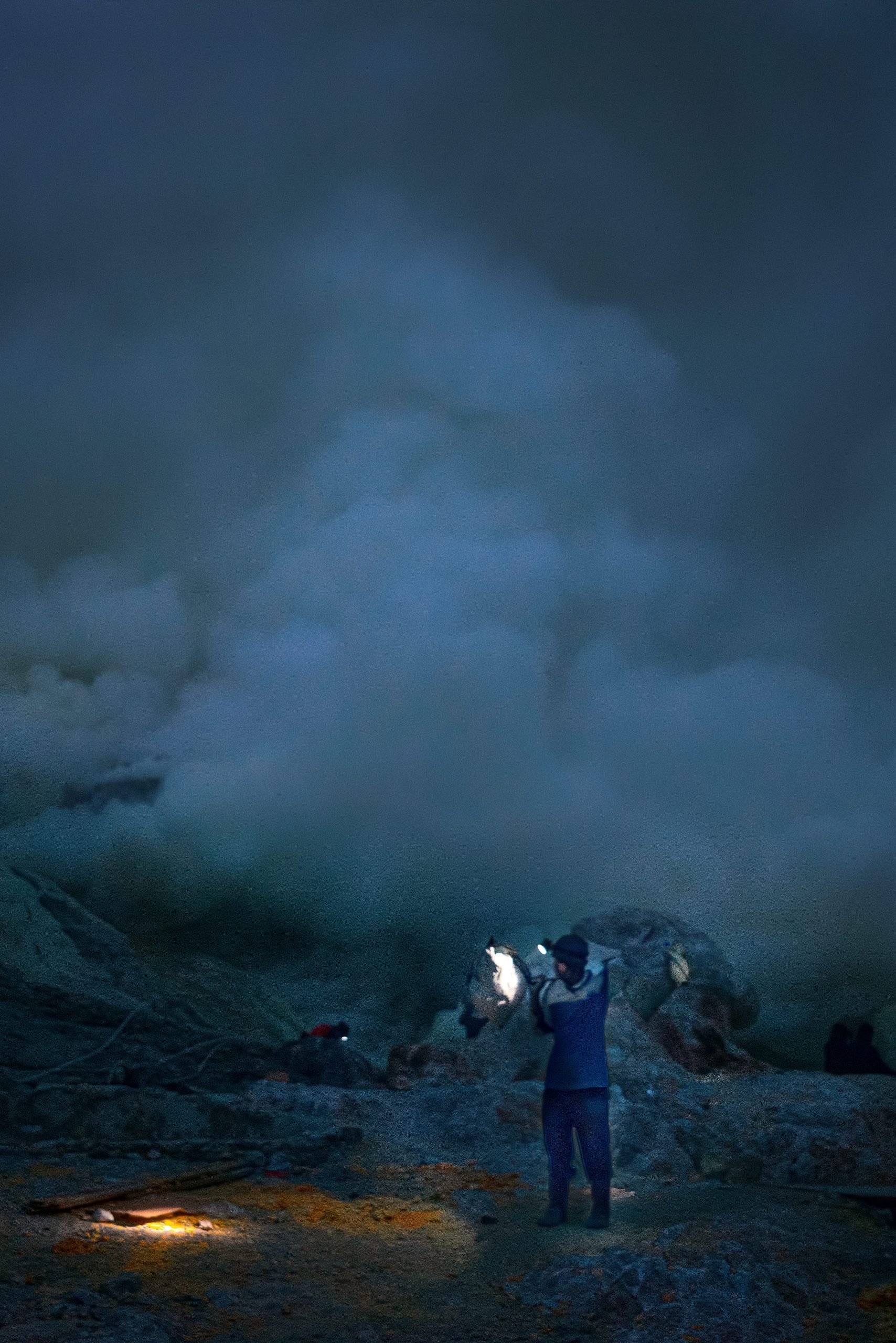 Subscribing to Notifications is the best way to get new content. I email a few times a year with bike and photo tour updates and the best new photos, posts and interviews.
11 Shares
Share1
Pin10
Share
Share
: