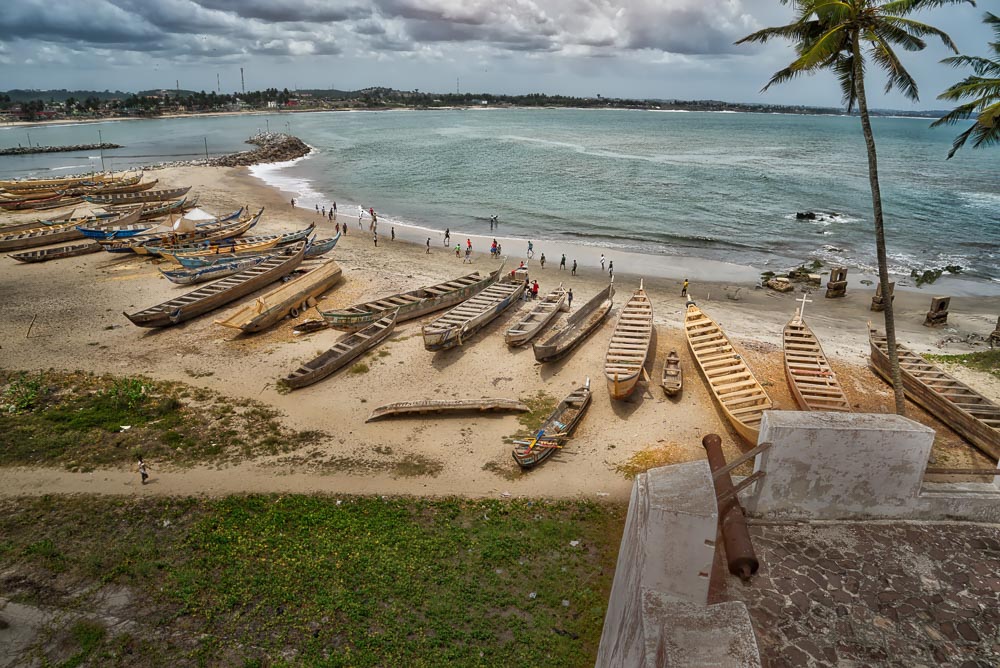 Share
Pin1
Share
Share
Buffer
Reddit
Email
1 Shares
I arrived at the Cape Coast of Ghana on a weekend to see the Elmina and Cape Coast castles. It took me quite a while to make it through them both mostly because I found myself sitting and pondering what had happened there. They are a sobering place to visit, believe me. But that's a separate post. Looking over the walls, I saw everyone enjoying their weekend. The boats were pulled up on the shores and docked safely nestled side by side. It was as if the whole town had tucked in for the weekend.

Some little baby boats nestled in there next to the bigger boats. What do you suppose those are for? On this hot afternoon there was hardly anyone out on the streets. Once I got up on the walls of Elmina Castle and could see the beach, there were even more boats pulled up there...including more baby boats. Or maybe they're not baby boats they're normal size and the other ones are just giant? From this perspective up on the castle walls those longboats look much larger. 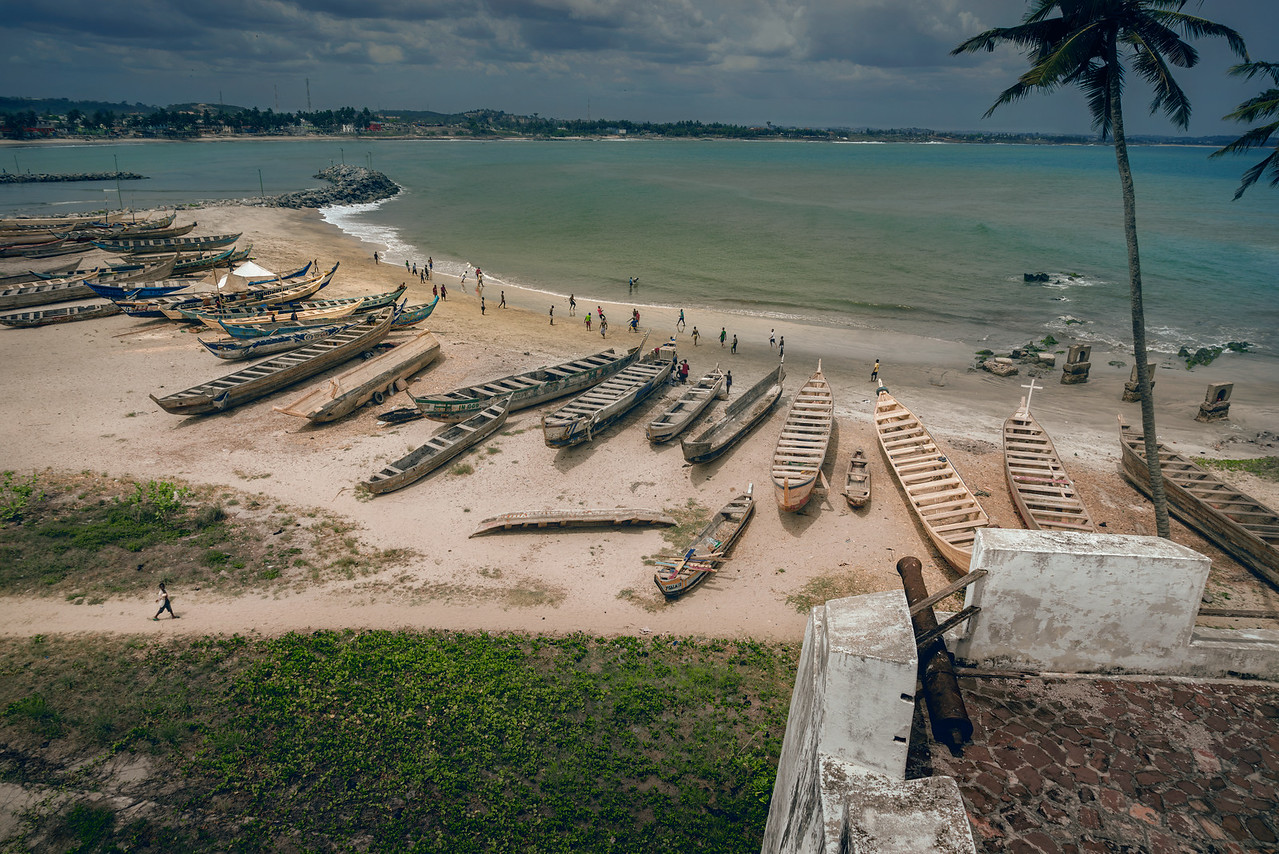 A guide saw me watching the beach and told me to to look out of a different window. "On the weekend, nobody works, everyone is at the beach you see." And he was right. A pretty good crowd was cooling off in the ocean while others hung around on the boats and the beach enjoying a lazy weekend. 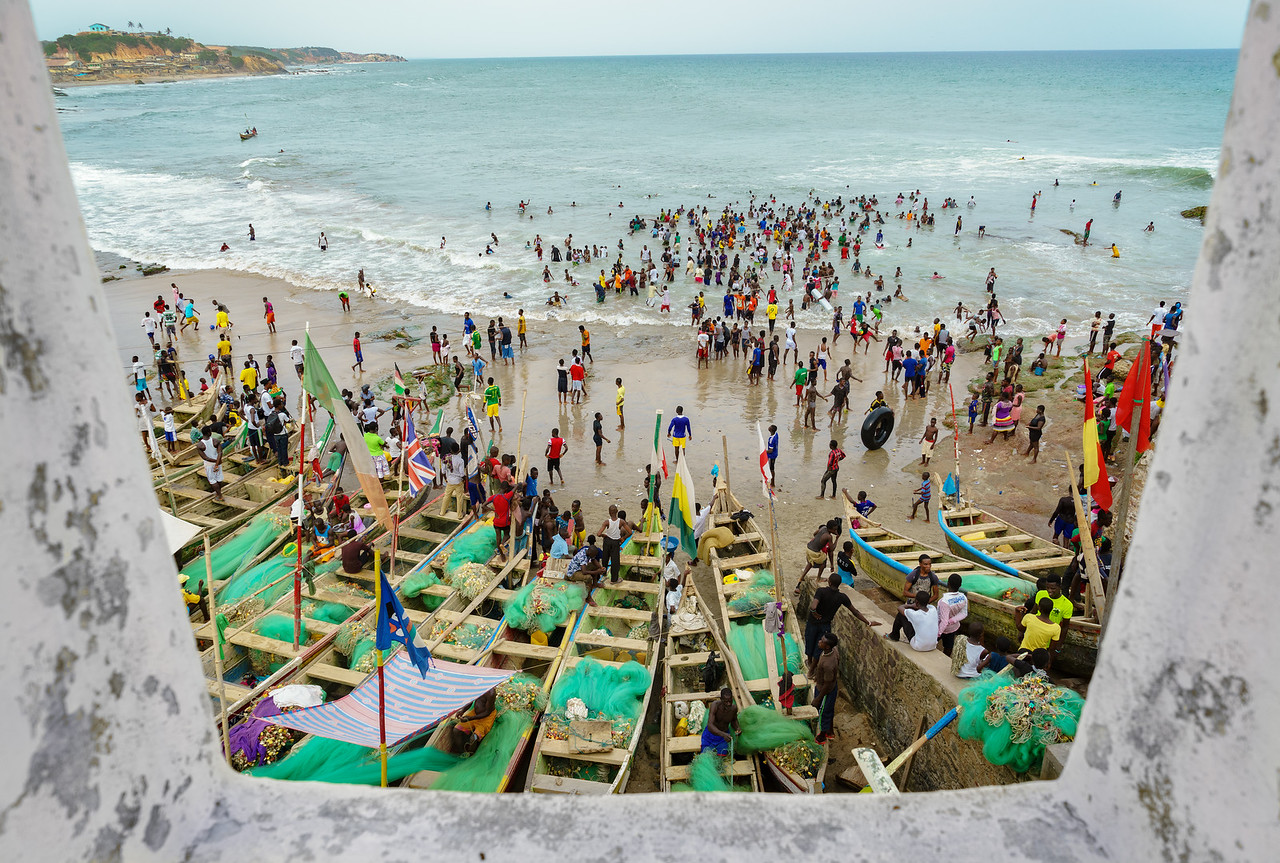 Showing these places as what they really are is another post entirely and I may be skirting the topic. The way these towns and communities live in the shadow of Cape Coast Castle and Elmina Castle that were two strongholds of slave trade is something I just couldn't reconcile in my head when I was there. What's great to see is that the land has been reclaimed and the people who live here are loving their life. 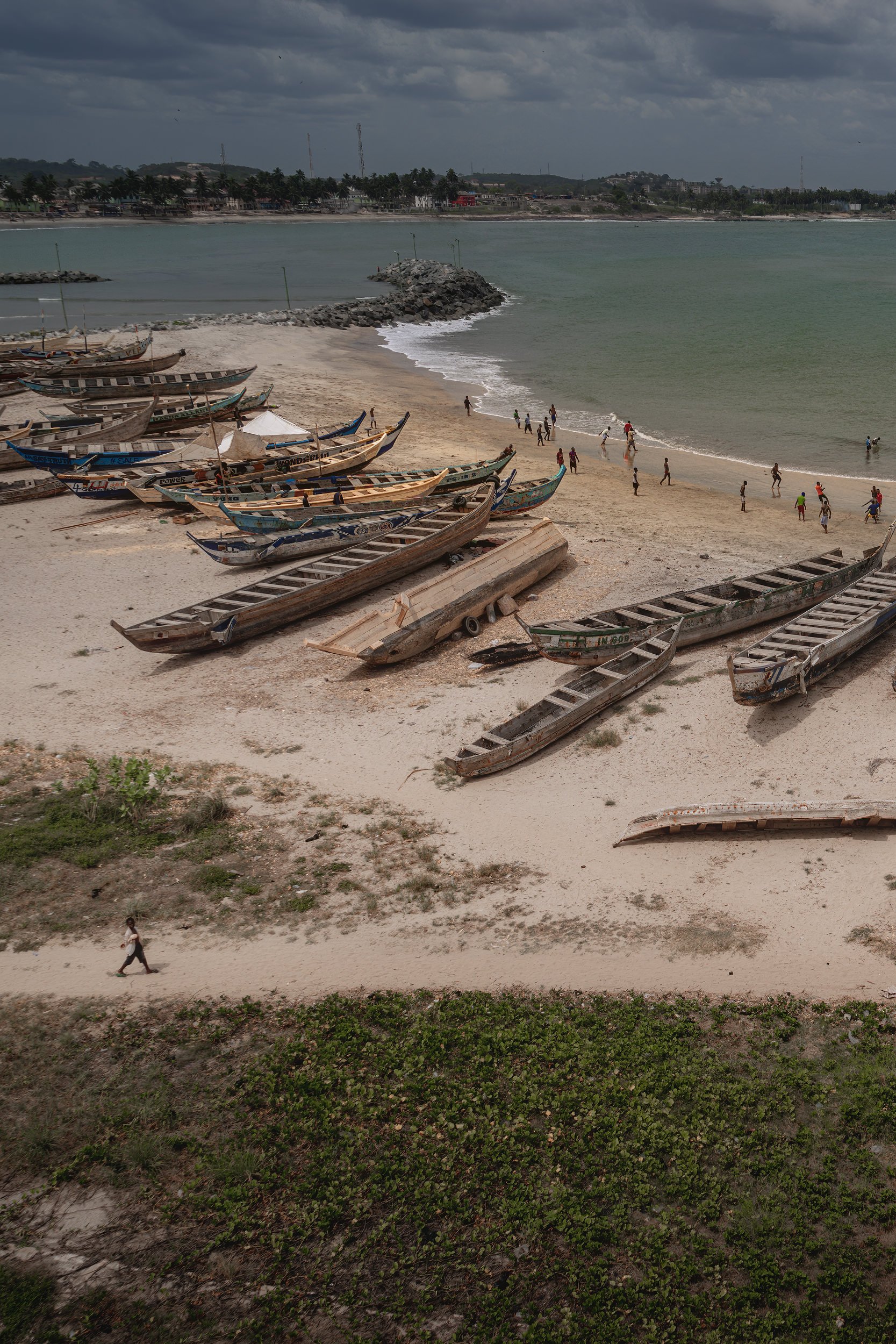 Subscribing to Notifications is the best way to get new content. I email a few times a year with bike and photo tour updates and the best new photos, posts and interviews.
1 Shares
Share
Pin1
Share
Share
: