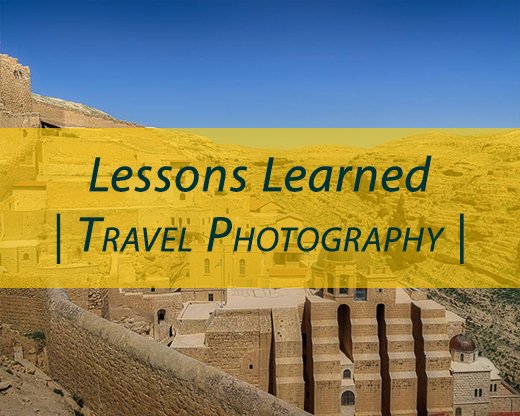 Not every location I set out to photograph will be a winner, and every day of travel photography won't come up sunshine and rainbows. When the weather or circumstances don't cooperate, there are other ways to make the most of travel photography days. My goals are to find interesting places, events, people and things to photograph, and then to be there at the best time with the best light.  When I just can't get the images I'm after, what happens next?

I arrived at Mar Saba Monastery late in the afternoon with no pre-planning whatsoever. I had hired a driver for the day to show me around and he recommended this Greek Orthodox monastery as an interesting stop. In general I don't do a lot of photography mid day, but mid day, blue sky, sun-washed photos can be good for editorial use or general stock images if that's the kind of thing you shoot.

I didn't know if I would even be allowed to take any pictures inside and I never did find out as I was wearing shorts, which immediately meant that they weren't going to let me in. That's a general rule that you need to be wearing long pants to enter most holy places and I should have known that. For women it's a long dress and some places in Muslim countries require women to cover their head as well.

When I arrived at the front gate there were maybe fifty people there waiting to get inside and everyone had to wait until a worship service finished before they could be admitted. Since I wasn't going to get inside I headed up a walled path that took me up the hill beside the monastery. 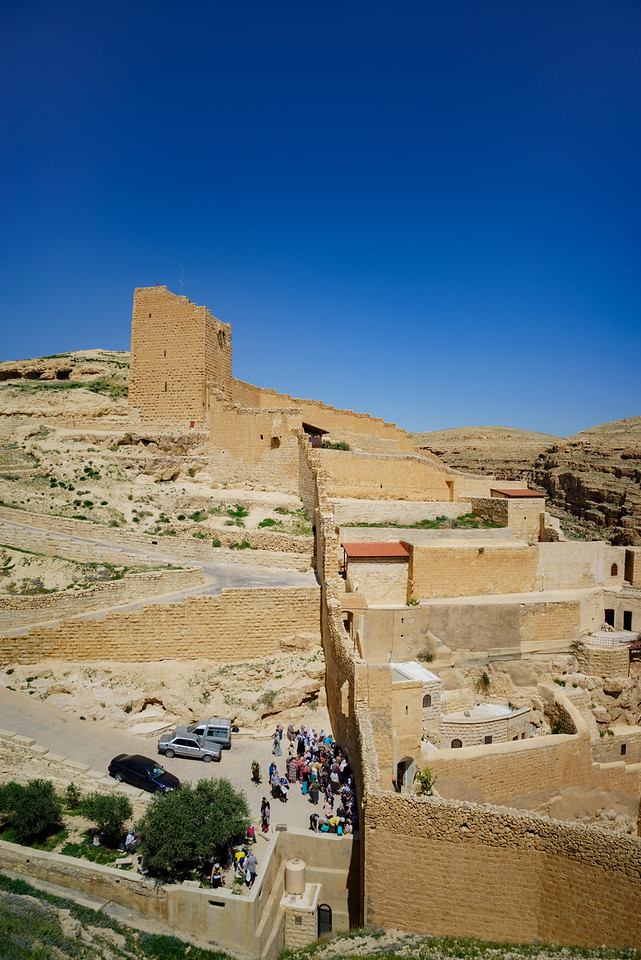 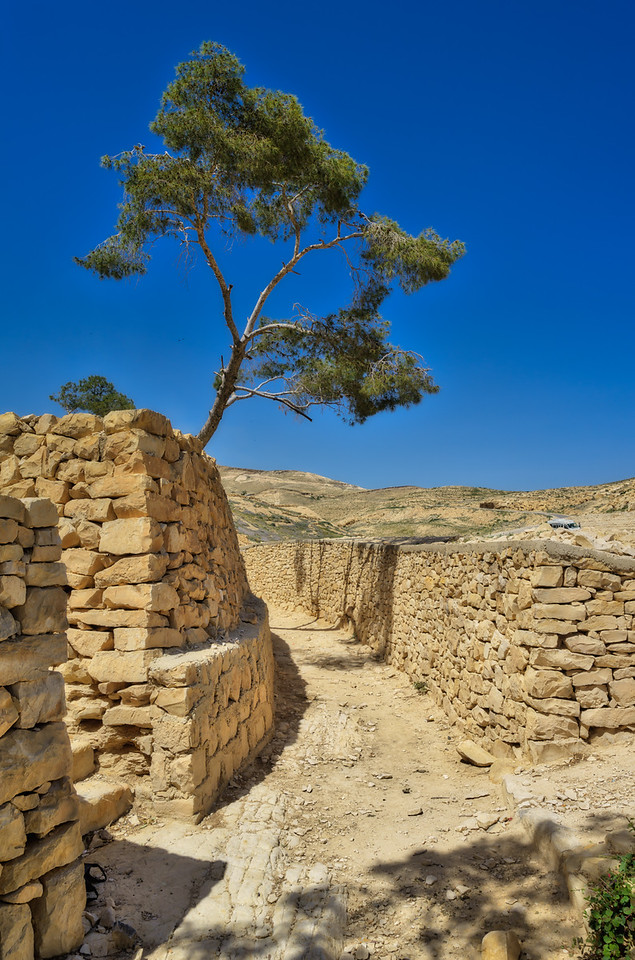 The Mar Saba Monastery sits on a cliff overlooking the Kidron Valley. Could this be an interesting spot? Maybe. Looking at this picture, the sun would set to your right so there could be some nice light on the left wall of the valley and maybe an interesting sky if there were some low clouds. This would probably be best in the morning as a sunrise shot to get soft light and shadows.

The only interesting thing up that path was the Women's Tower. It was built for St John of Damascus' mother to live in, and is the only building on the grounds that women are allowed to enter. It doesn't look real inviting to me; more like a fortified watch tower. And nope; I can't get into the women's tower either. 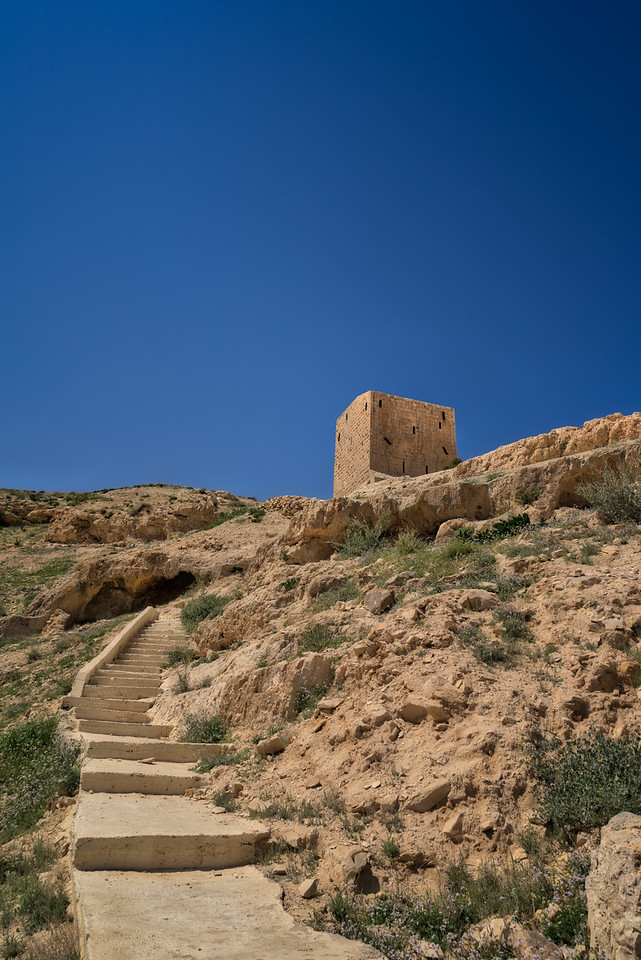 Well, crap, there's nothing to see here and I realize I'm probably not going to get any good photos. A few old buildings and a tree growing out of a wall...pretty lame takeaway for the day. So I guess this just became a scouting trip. Will I ever get back here for an inside look at the place? Someday. So what do I want to know for next time? Let's see, find out when I can actually get inside the monastery, probably take a small camera that won't be disrespectful to shoot with, and wear pants. 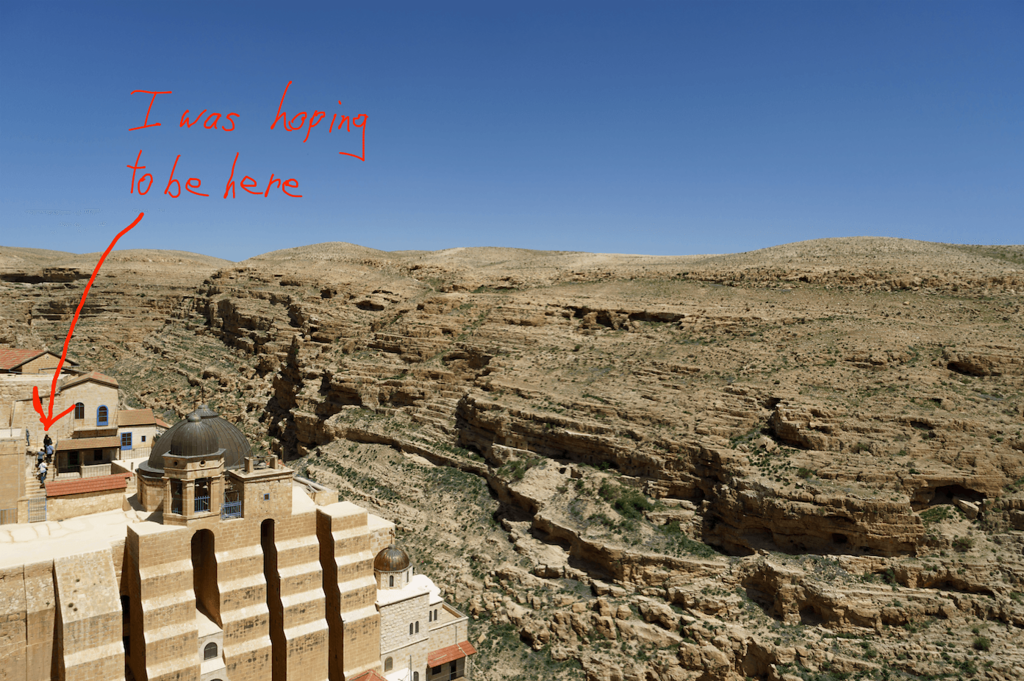 This would be a really cool location to take photos or video with a drone, but that's not part of my travel kit just yet. Most of the Monastery is only visible from the other side of the valley. Given another hour I probably could have walked down the valley, back up the other side and gotten some photos. Or, there are trails coming down on the other side to get to caves and dwellings in the cliffs. I could drive over there next time, and it's easy to rent a car to get around Israel so no problem there. Although I don't know about going between Israel and Palestine with a car so maybe I will have to check that detail. 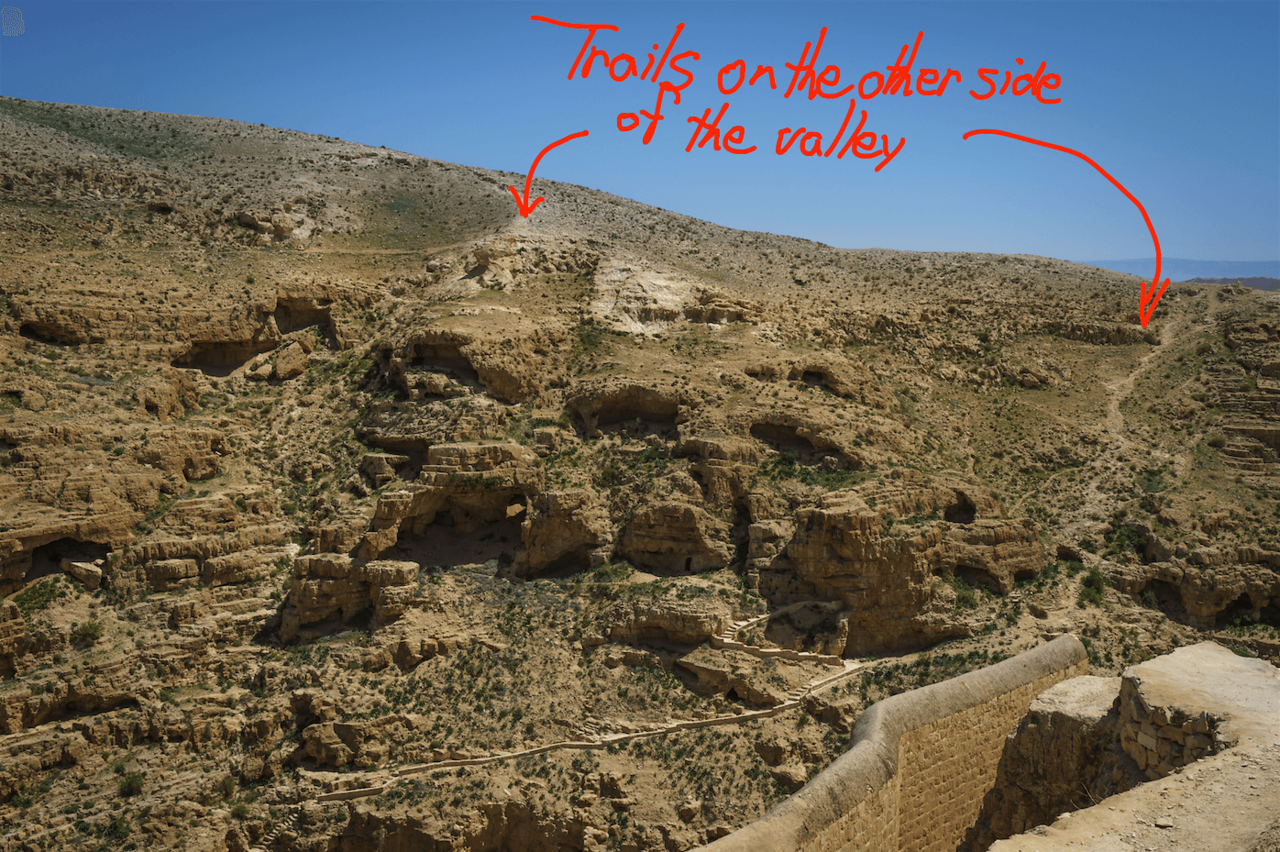 It's always a challenge when traveling to be sure you get to a location or point of interest at the right time of day with all the right information. Usually you won't be able to go back the next day or wait for better light, and if you do then you're either lucky or a professional who's paid to be there and get the shots. If you can afford scouting the location at all then do it. Google earth is actually a great way to scout locations and I use it regularly now. So I wouldn't call the day a loss. I now count days like this as scouting runs so I'll be better prepared next time I make it to this corner of the world.

Subscribing to Notifications is the best way to get new content. I email a few times a year with bike and photo tour updates and the best new photos, posts and interviews.
1 Shares
Share1
Pin
Share
Share