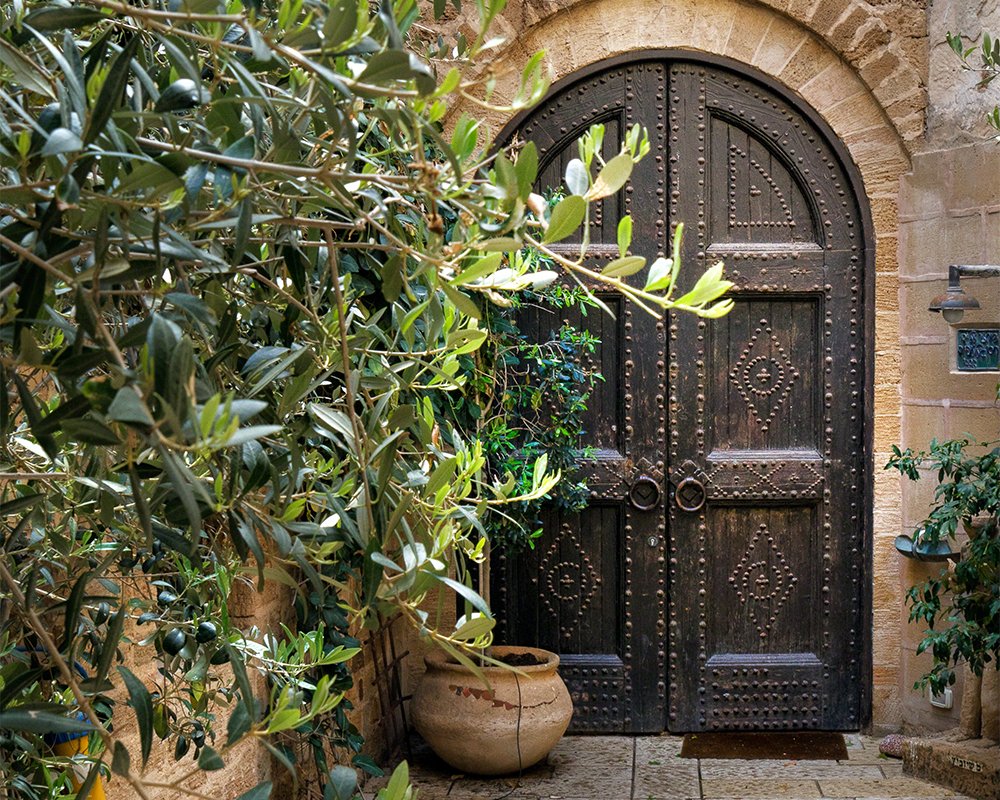 When I wandered into Jaffa I was expecting an old seaport fishing village. As it turns out Jaffa is home to incredible restaurants, galleries and shops. I only had an hour to spend here one afternoon, but hope that I can return. It happened to be Purim and everything was closed so all I could do was take some photos of the empty streets.

Going deeper into the maze of old streets and alleys in Jaffa I found several doorways that looked to be private homes. This could be the entrance to a million dollar home in many parts of the world, but it’s a home built into the walls of an old seaside fortress (at one time anyway).

And then the home of Simon the Tanner; which is significant in Biblical stories. This is where Peter had the dream about animals coming down on the sheet from heaven and was told that God had decided they were clean and he could eat them. That’s as historical as I’m going to get here. Wikipedia does a good write up on it. What I find strange is that it appears to be a personal home, and still advertises as the “house of Simon the Tanner”. That’s probably so tour groups can find it, but do you really want hordes of people hanging out by your front door and telling Bible stories? I found it very interesting myself…enough to stop and take a picture. Most likely nobody lives here anyhow and it’s just owned by the Zakarian Family. So for what it’s worth, thanks to the Zakarian Family for preserving this piece of history. 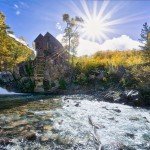 Give me bikes, travel, serious photography, and people to enjoy them with.
📷 by @kevinwenning
Join our next tour: Spring in Tuscany May 10🍷