Solo Travel - what is it like traveling alone and is it for you? 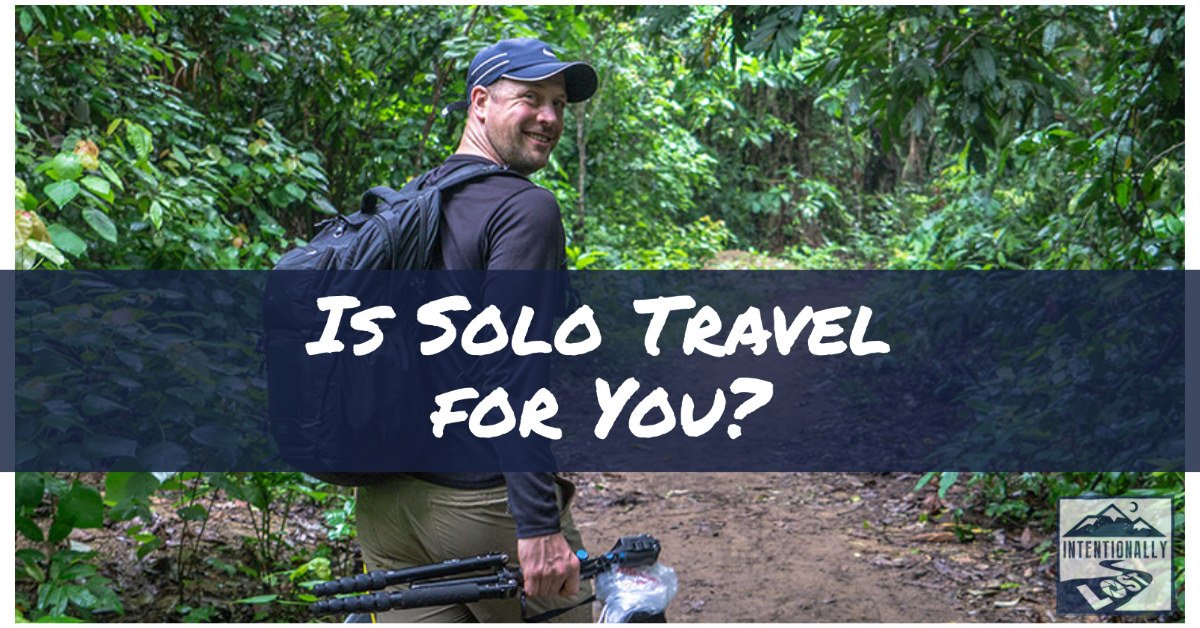 I did my first solo travel in July 2011. It’s not uncommon for professional explorers, writers, photographers, or permanent nomads to do this, but it is uncommon for those taking precious vacation days away from their normal day job. I have a family that I like to be home with, and I don’t make a lifestyle as a permanent traveler. So why would somebody do it, what’s that first trip like, and is it worth it?

Why should you try solo travel?

When your Significant Other says, “When do we want to go to Hawaii, Cabo, Playa, Paris … fill in the blank… this year”, and you wish for a more adventurous trip, you know that you can no longer be satisfied by a standard mindless vacation and it’s time to see what the rest of the world has to offer. The rub is that your beloved travel companion still really enjoys those Fun Countries. You can do both.

The focus on this article is really about what that first solo trip is like. I really enjoyed 60% of the trip and spent 40% of it either anxious or truly stressed. I went to China which was a totally new country to me and also my first time traveling internationally alone. You can certainly travel alone within your own country or region to get a taste of solo travel; but there you’ll have familiar restaurants, hotels, banks, grocery stores, transportation, and most importantly familiar language. Traveling alone internationally for the first time will be a challenge for all of those reasons and more.

This is considered a treat in China — a chicken foot that you eat like beef jerky.  My cabin mates on a 16 hour train ride handed me three of them and then watched, waiting for me to eat them. Don’t disappoint your guests. 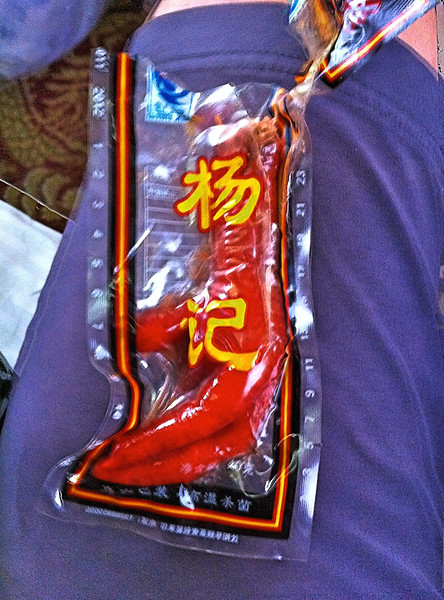 My trip lasted three weeks total with stops in Shanghai, Beijing, Guilin and then south into Hanoi and Saigon Vietnam. I didn’t quit my lifestyle to be a nomad. The trip was all about trying a non-traditional personal vacation to see if it was to my liking and if it was something I would do again.

NOW: I take solo trips from two to four weeks long to visit new countries. I go alone so I can cover more ground and have a flexible itinerary.

What to expect and how you should respond

The first thing I realized is that I had never been in an environment where literally everything was foreign (restaurants, banks, hotels, etc). I couldn’t read signs on the street or subway, I couldn’t get money from atms, some people could understand me but most could not. I had no idea how to get from the airport to my hotel. Of course my phone wouldn’t work there and if I turned on roaming I’d go home to a $500 phone bill so using maps on my phone was out of the question. I was poorly prepared.

Occasionally I was the uncomfortable stranger who’s obviously not from there. When I went to the train station for each leg of the trip in China; and the border crossing into Vietnam, I didn’t have a ticket in hand. I remember standing in a line at the Guilin train station for an hour before getting to the counter and then nobody at the ticket counter could understand a word of English. Somebody in the line next to me understood English and told me I was in the wrong line for the ticket I needed to purchase. I went and stood in another “line” only to discover that the pushiest person got served next. If I didn’t shove my way to the counter then I would never get served. It felt REALLY awkward being the big white guy in a sea of Chinese people fighting towards the counter. Another hour later, I got my train ticket for the next leg of my trip.

This is a group of cabbies outside the Beijing Central train station trying to figure out how to drive me to my hotel. This is also the moment I realized that using maps on my phone was going to be really expensive. 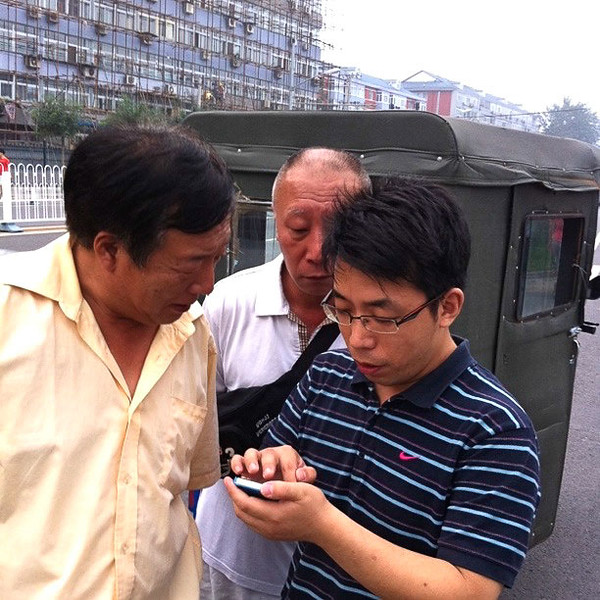 After freaking out for a few minutes I thought through how to get around without wifi access, found a place to buy a map of the city, started asking strangers if they could speak English, and someone finally pointed me in the right direction to reach my hotel. I repeated that scene more often than I’d like; each time a little less panicked and meeting with success more quickly.

NOW: I save the address and a map of my locations to an offline folder on my phone or sometimes print them out to hand over to a driver. Even if I only have wifi for 30 minutes in a cafe, I can book my hotel for the next day and save a pdf copy of the hotel info on my phone. I do the same for my shot list locations where I plan to take photos. Bonus if I can add even a crude translation of directions on the printout.

So step one was to get over trying to look like I knew what I was doing. Once you cross that mental barrier, everything gets easier. At that point you can also be an easy target for quick talking tour operators, cabbies, thieves and general miscreants. On that trip I got taken for some money as well as some rides to shady parts of town because I trusted the wrong person to help me. In Saigon I met a vendor who spoke good English and he wanted to take me out to a bar that night and show me the night life. That sounded like fun so I let him drive me to a remote part of the city on the back of his scooter. He bought several rounds of drinks and invited girls over to the table. A few drinks in I realized I was at a brothel and was expected to pay for one of the girls drinks and “take her upstairs”. I excused myself to go to the restroom, snuck outside, and got a cab back to my hotel. Nothing seriously bad happened. I chalked it up to part of the experience, and noted what I would do differently next time.

NOW: I go with a “devil may care budget”  in mind. If I plan to spend $300 on impromptu side trips then I negotiate with locals and plan excursions accordingly. This is Fendi who I met in Banyuwangi Indonesia. He speaks okay English, overheard me trying to buy something in a shop, and turned out to be the perfect guide to drive me around east Java Indonesia on the back of his motorcycle for two days. I gave him $60 US which is about what he would normally make in a month. He also let me sleep in his home and fed me along with his own family. Most people you meet really do take joy in helping you to experience their city or country. 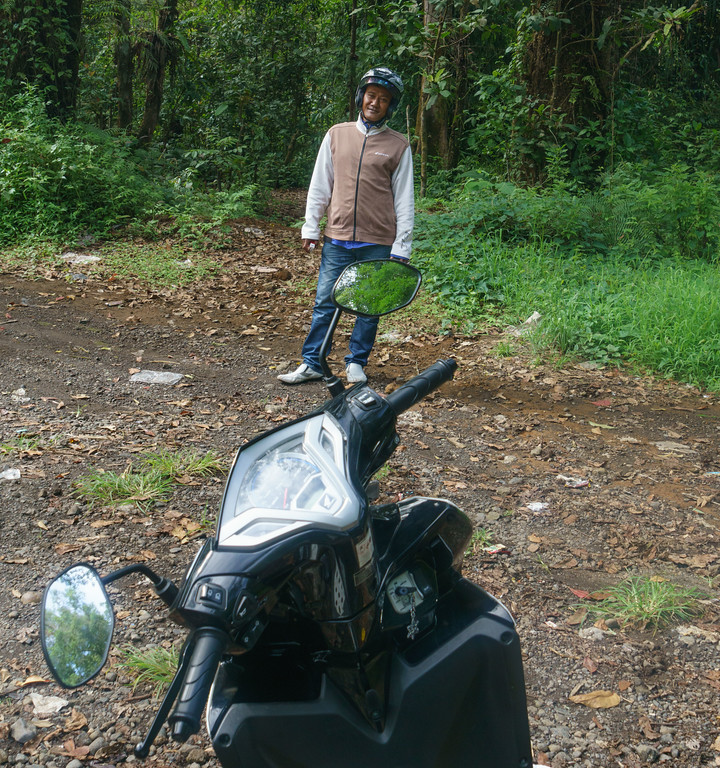 Getting train and plane tickets from stop to stop in China was usually easy when I was on hotel wifi. Getting cabs to the train station or airport was easy. At even the cheapest hotels, there was one desk clerk who spoke English and could tell me where to find a good restaurant for dinner, or what the most interesting sites were within walking distance.

Solo travel outside of major cities

When you get outside of major cities you’ll have to be more daring with your choices and give yourself more time to get to places. That’s something to grow into. After one or two stops in a major city you’ll be ready to travel deeper into territory that’s not covered by dozens of reviews online. The further you get from big cities the more likely it is that YOU will be the point of interest. This group taking a holiday at Green Bay in Meru Betiri Indonesia just wanted a picture with the random white guy. I was clearly out of place at this locals beach. 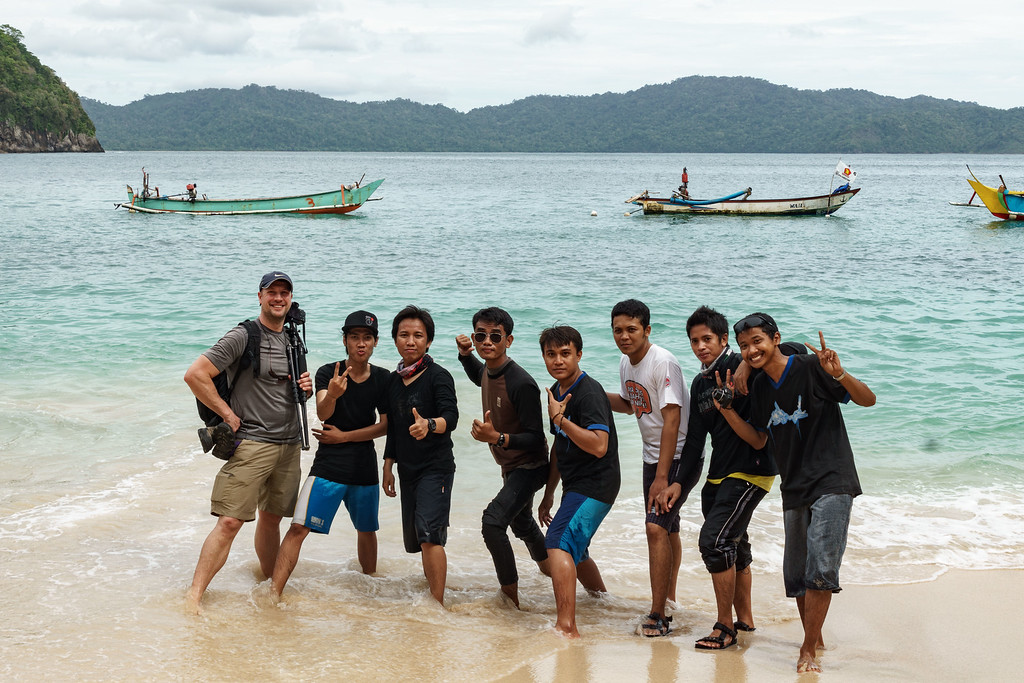 For my first solo trip, once I crossed two weeks of travel, I really started to get comfortable and was neither itching to get home nor uncomfortable in my strange surroundings. You just get accustomed to everything being a little unusual and thinking on your feet. At three weeks I was wishing I had planned to stay longer.

I prefer to look for introductions to people and experiences that you don’t find in the guide book or the internet reviews. Even if you’re not looking for unusual experiences, questionable situations will find you if you’re not careful. That’s doubly true as a new solo traveler because you stand out more and you’re more susceptible to being influenced. It does take a little time and experience to develop radar for which locals and guides you can trust and be safe with. I still get it wrong sometimes.

I wholeheartedly believe that women have to be more alert and cautious than men when traveling alone. My wife does her own trips with medical aid and philanthropic groups as well. She certainly wouldn’t do the same things on her travels that I get into. I’ve adopted a “defensive driving” stance when I travel solo. I expect that anything can go wrong, everyone is trying to take advantage of me, and I am my only advocate. I protect my belongings, and my wits. Staying alert and sober are perhaps the best things you can do to have enjoyable travels.

Is solo travel worth it?

For me, absolutely! You can only know by trying it. If you relish the unknown and more importantly the person you will be after diving in and coming out on the other side of the unknown, then solo travel is probably for you. If you just rolled your eyes at that statement and mentally wrote me off as a wacko…I still understand the value of knowing that somewhere in the world there is a familiar beach chair with my name on it. I can still enjoy that occasionally too. I’m not nuts. Cheers! 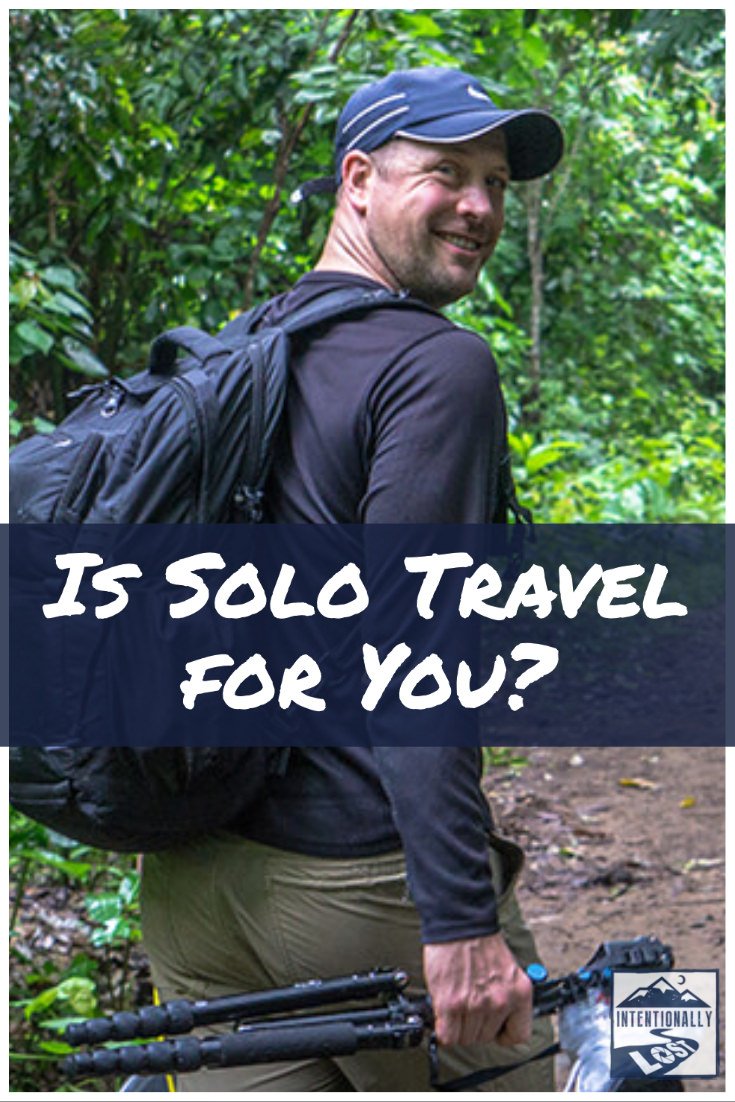 Subscribing to Notifications is the best way to get new content. I email a few times a year with bike and photo tour updates and the best new photos, posts and interviews.
3 Shares
Share2
Pin1
Share
Share