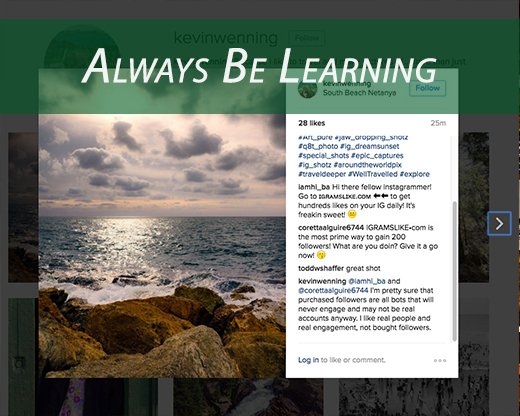 Followers on social media channels should not be purchased. Okay, there's my synopsis and you know where I stand so you don't need to read on unless you want to know why I feel that way. I can't be the only person who believes and behaves this way right? I know that social media is heavily commercialized now and growing a following is required for validation that your content matters and that YOU matter. Ugh!

Here's the post I put on Instagram last week that immediately received two comments from the growing number of vendors who are selling followers. I couldn't help myself but respond to them. My response?

“I’m pretty sure that purchased followers are all bots that will never engage and may not be real accounts anyway. I like real people and real engagement, not bought followers.” 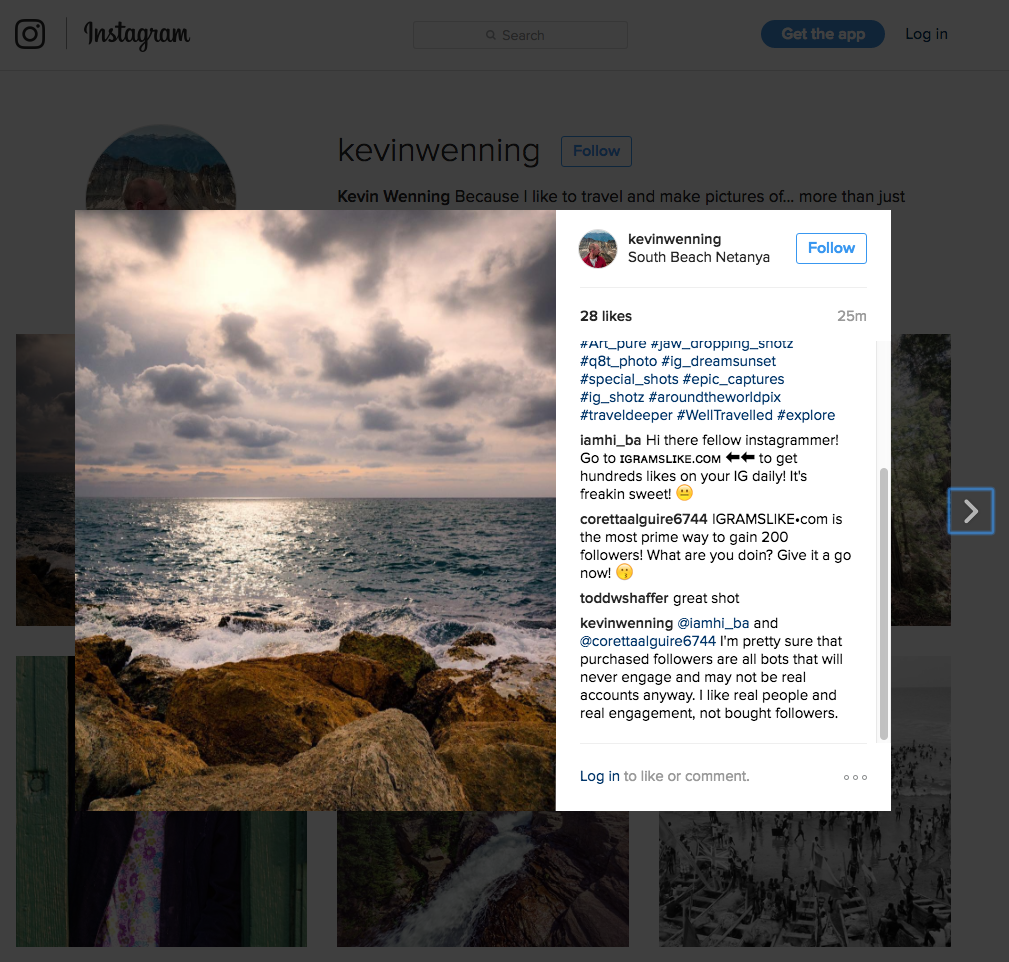 To be fair, @toddwshaffer followed with an actual comment from a real person. Thank you Todd! I love comments and interaction from real people!

I'm already going to have to tell my kids that phones were once used to talk to people with your voice, and we didn't communicate through computers when I grew up.  Am I being the old guy who doesn't get it? If I wanted to grow a business and a following in order to sell my opinions on products wouldn't I jump at the opportunity to just add numbers as fast as possible? Well, yes. Yes I would. Not so fast though. I'm in the camp who doesn't believe that numbers tell the whole story. Can a social influencer actually promote something to their following effectively and sincerely? I believe so; when they have built that following honestly from the value of their unique personality. When those numbers of followers, likes, subscribers, etc have been purchased it means that your brand is a house of cards.

I'm not somebody important or influential so feedback on this article is likely to be scarce. That doesn't change the fact that I believe in playing the long game. I'm always nonplussed when likes pop up on a new twitter or instagram post within a split second of when I publish it. I know that's an autoresponder put in place by one of those nefarious follower generating overlords. Algorithms and bots may be well-meaning (per the intention of the product managers who deployed them), but damn are they frustrating and making it difficult to enjoy publishing and connecting with real people.

Oh yeah, that full size photo for your enjoyment, in case you're still interested in the fact that I spent my own time, money and effort to scout, travel to, and execute this photograph...like a real person might.

Subscribing to Notifications is the best way to get new content. I email a few times a year with bike and photo tour updates and the best new photos, posts and interviews.
5 Shares
Share3
Pin2
Share
Share