Photographing at Crystal Mill in Colorado - know before you go 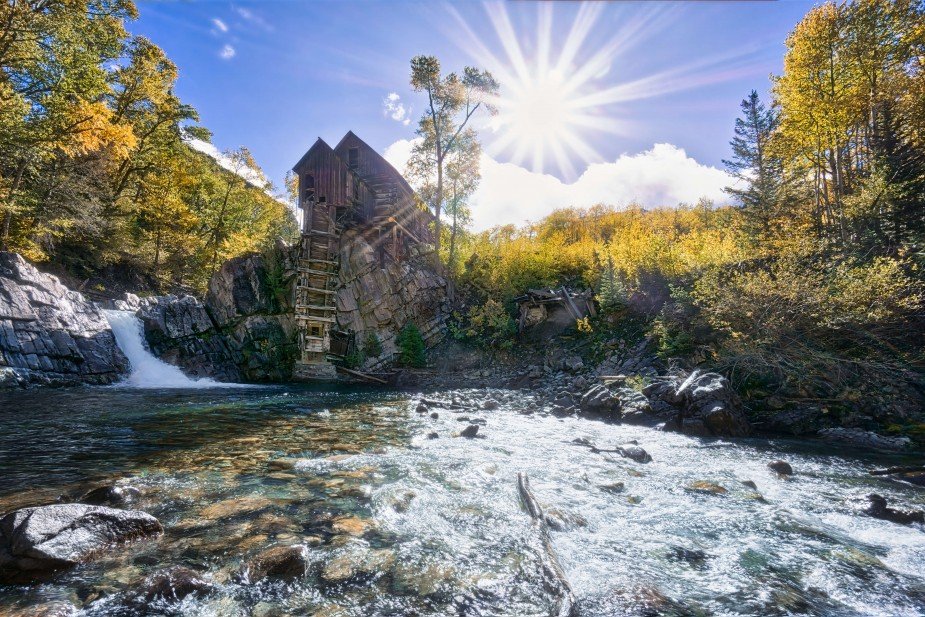 Crystal Mill is one of the most iconic photography locations in Colorado. Photographing this historic site used to be as easy as getting there. It is privately owned and as of 2018 the owners have steps to protect the site and also to collect some funds to maintain it. The owners changed the access fees in 2021 - look at the "Details to Know Before You Go" section below for the latest pricing. We often take for granted that these places are there and always will be. This site has received restoration work over the years to keep the Crystal Mill hanging on to that rock outcropping. Hopefully the Crystal Mountain Ranch owners will be able to keep this site standing for many decades still. If you're planning a photography trip in Colorado put it on your shot list sooner rather than later.

If you're passing through Colorado, and you don't have time to make the trip out to Crystal Mill, try one of the 100 other great things to do in Colorado. 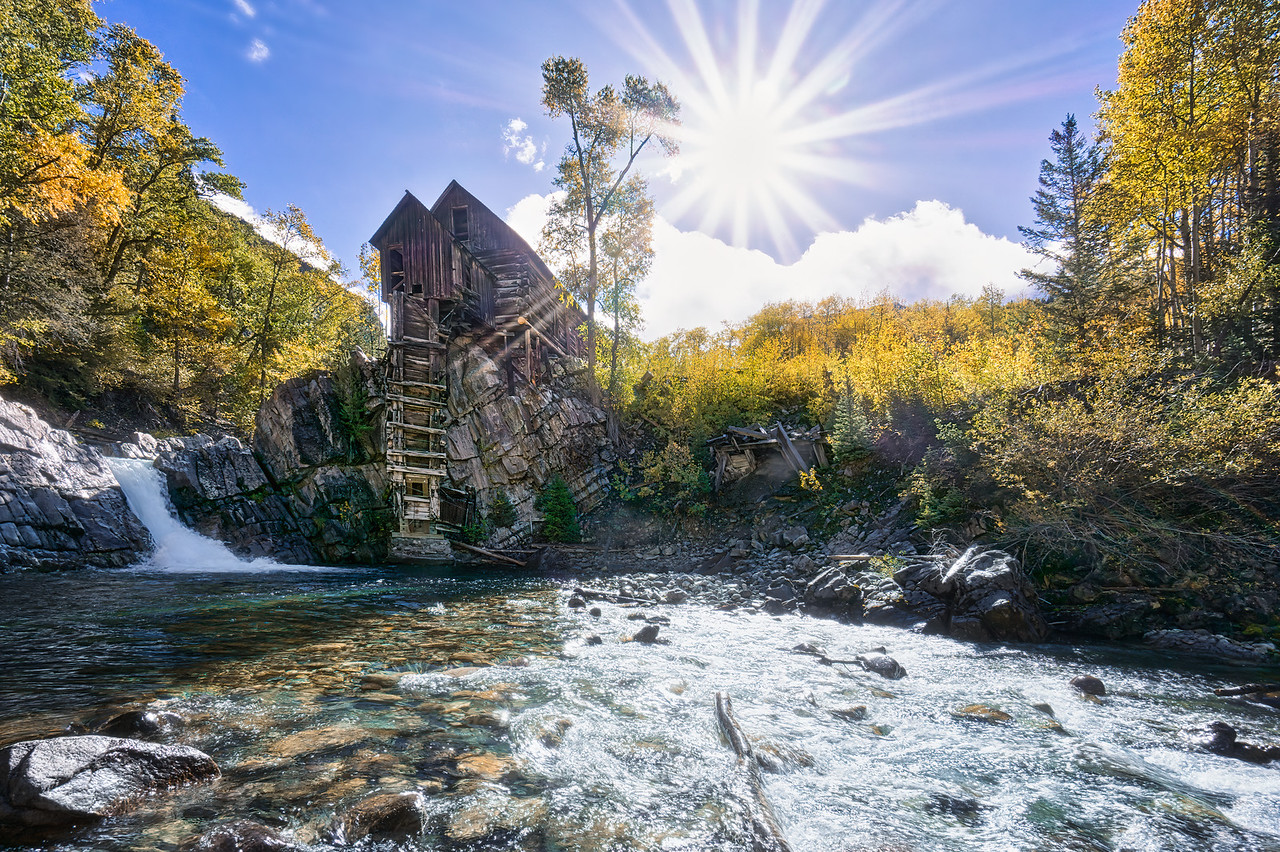 Getting to Crystal Mill

Getting to the Crystal Mill site is really not that difficult. You'll see some reports about a difficult four wheel drive road and some people say you can only reach it by hiking in. I've lived in Colorado all my life, and hiked and ridden enduro bikes on some pretty crazy trails. In my experienced opinion the road is completely passable with a high clearance two wheel drive vehicle if you know how to drive rocky uneven roads. But of course I took my old Yamaha XT250 because it's just more fun. 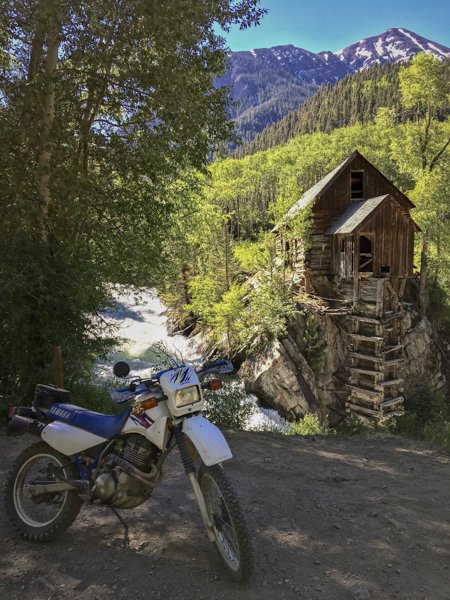 The best transportation is Crystal River Jeep Tours in the town of Marble. Pricing is $100 to $200 and will depend on which tour you're taking and you can fill up a memory card with great photos in the area if you do take a full day trip.You can also rent an atv at a couple of spots in Marble if you want to explore other trails on your own. Renting an atv for the day will be more in the range of $300 and up.

If you want to hike the road to Crystal Mill and back from Marble you're looking at a half to a full day and 9 miles round trip.

Stop at Lizard Lake on your drive in. The lake is right on the road, and if there has been a lot of rain it might be over the road. If you have time, take a walk around the lake and look for interesting angles. I have seen some cool top down drone photos of this lake too. 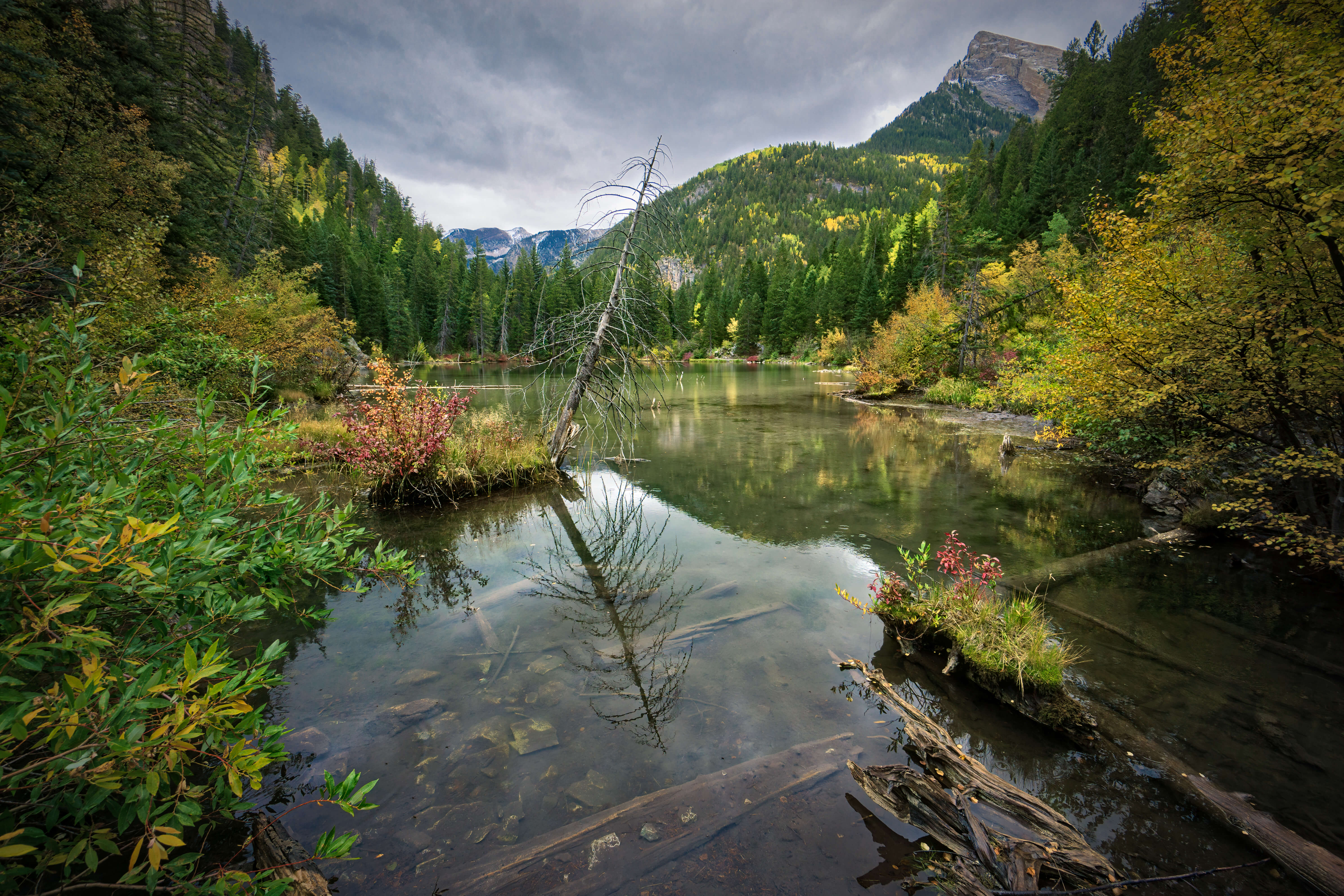 Crystal Mill sits right on the river and you see it from the road so you can't miss it. There is a small area to pull off on either side of the road and park for a bit. Before grabbing your camera gear just walk over to the bank, stand there and enjoy it. Whether you care about history and how the place came to be, or you just want to soak in a beautiful place in the Colorado Rocky Mountains, this is one of those spots where you can literally hear your soul say, "This is good for me. I'm so glad I'm here." Any serious photographer knows that it's easy to be in a rush and only see a scene through the lens. I like to leave my gear alone for just 10 minutes and enjoy the quiet and the beauty.

You'll see a few worn paths going down the bank to the river. There is a cable barrier at the top of the bank put there by the property owner and caretaker. If you want to go past the barrier and get some different angles, somebody is on site to collect your fee and signed waiver. All fees go to preserve and maintain the site.

Details to Know Before You Go

These details were given to me in October 2021 and you can always check for the latest at Crystalmountainranch.com

You can reach out to the caretakers at 970-340-8022 or email chris@crystalmountainranch.com to  sign a paper waiver before you arrive now since the location has poor wifi and they can’t always count on the online waiver arriving to them before you get there.

I honestly don't know if there is tent camping available in the area if you want to wake up early to make photos here but I believe you can rent a cabin or imagine you can tent camp in the town of Crystal 1/4 mile down the road if you ask nicely. 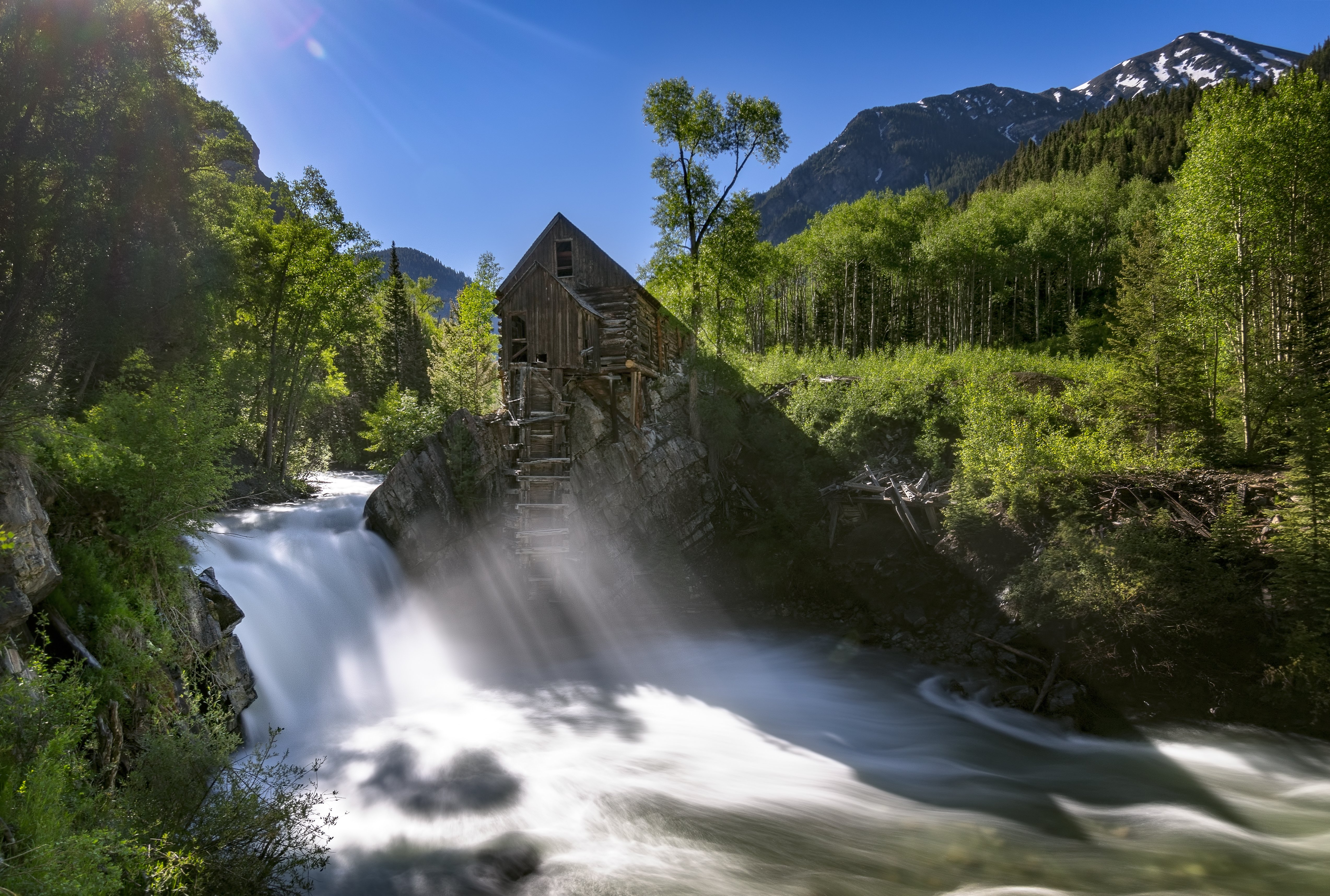 The image above was taken from the road above the barrier. With current rates, this photo would cost me $20 in fees when I arrive. You don't have to get down on the river to get a really nice photo of the site.

The image below was taken by scrambling down the bank opposite the mill. I believe this is the "above the waterfall" location that is now $200 to access. I took both images on the same trip in June. During June there is still a lot of snow melting on the mountains and a lot of water rushing down the river. You don't want to fall into this river when it's a full spring runoff; which is why the owners ask for a signed waiver if you want to go down closer to the river. 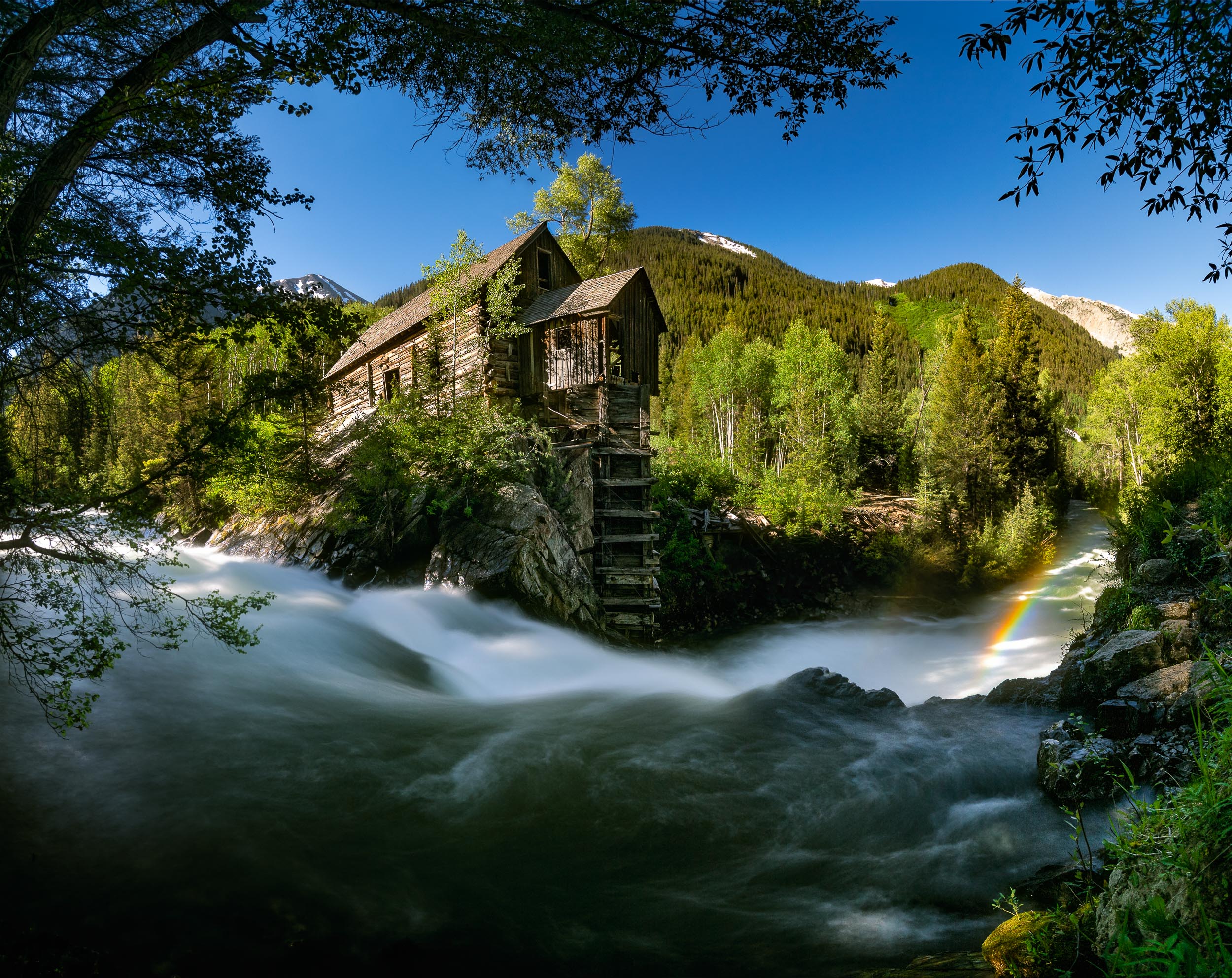 In the fall the river is much lower. There are exposed rocks going out into the river and you can easily walk across the river. Even so; I'm guessing this sort of photo wouldn't be possible to make now without paying the $200 fee and catching the site caretaker on a generous day. For the image below; the only difficulty I had was exposing it correctly since the sun was rising behind the mill and casting strong shadows on the river and the front of the mill. As I was making the image there was a guy standing just to my left. He would take a shot, look at the back of his camera, shake his head and try again.

He finally said; "That sun is too bright. There's no shot here."

Me: "I'm taking bracketed images so I can blend them and recover the sky and the shadows when I edit them later."

Him: "Oh you mean HDR. That always looks terrible. Nobody does that anymore."

He walked off without getting the shot and I continued and came away with this. I agree with him that purely doing HDR is usually going to result in a garish image especially if you let the camera or your editing software do it automagically. I do need to make a video and a post about how I do it. If you want a good place to start I recommend anything by Jimmy McIntyre. Jimmy does move a bit fast and assumes that you have some baseline photo editing knowledge first which is what prompted me to put together my basic photo editing tutorials. You won't get it right the first time you try. But with some practice you can make a nice image even in less than ideal conditions. 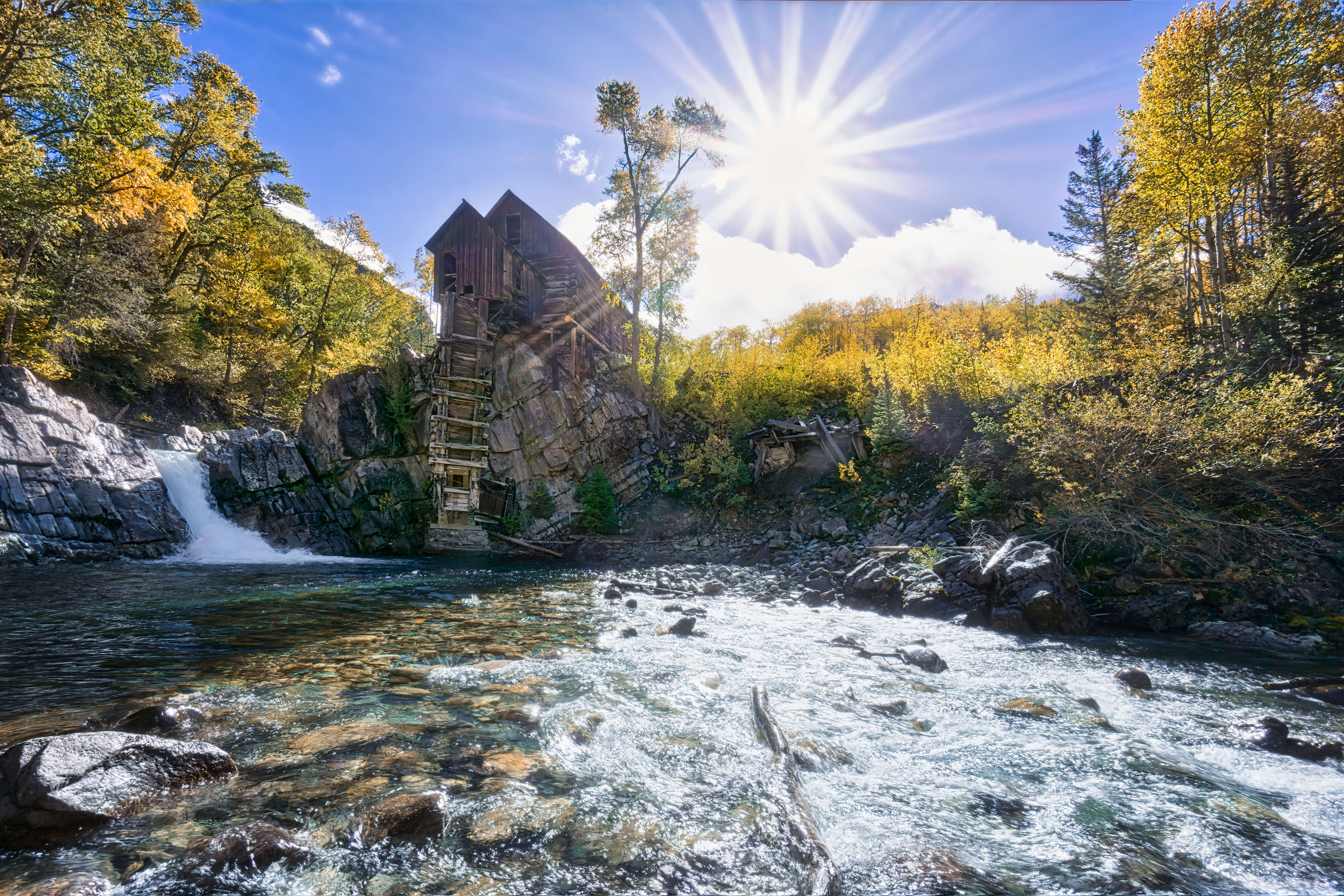 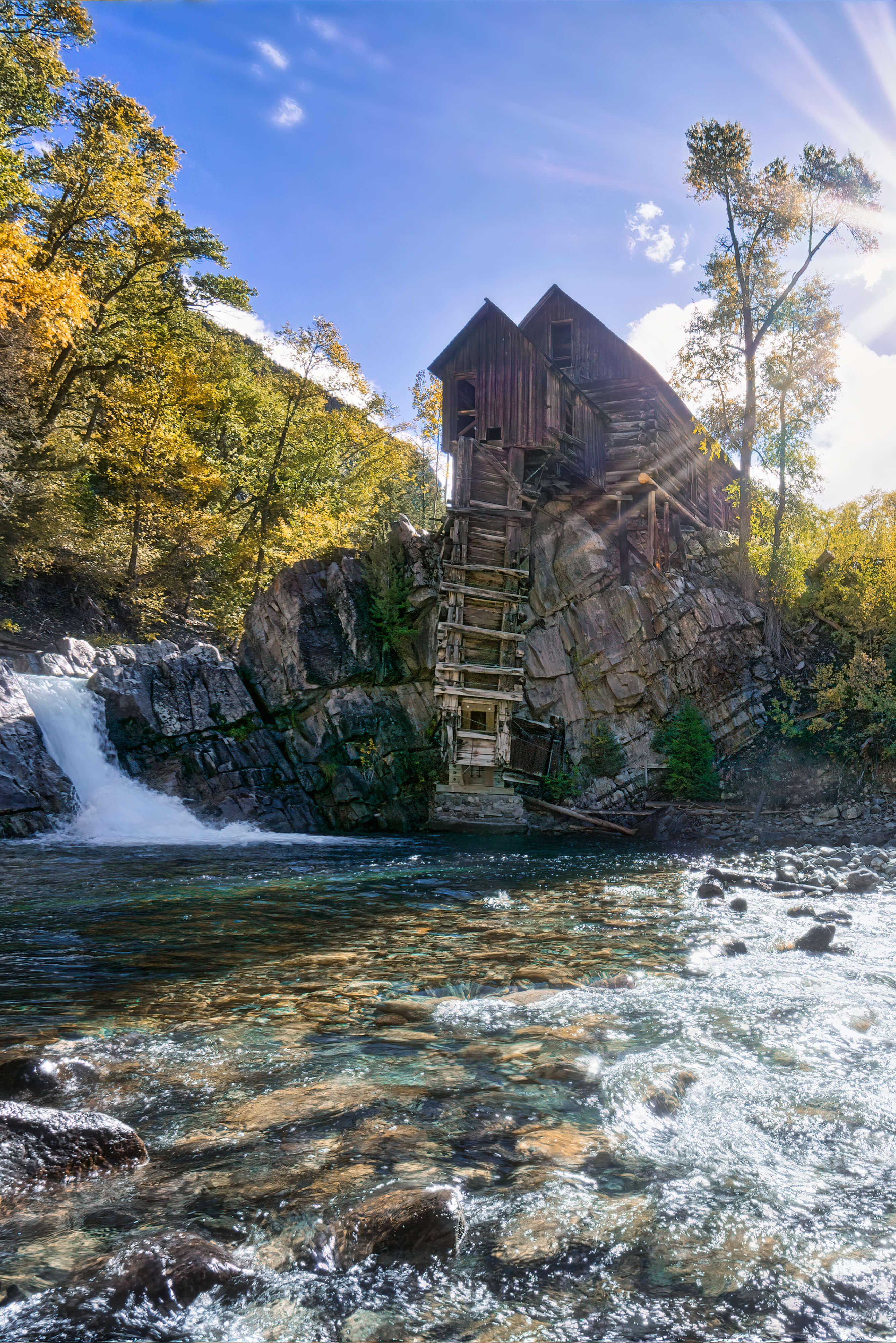 Subscribing to Notifications is the best way to get new content. I email a few times a year with bike and photo tour updates and the best new photos, posts and interviews.
4 Shares
Share1
Pin3
Share
Share