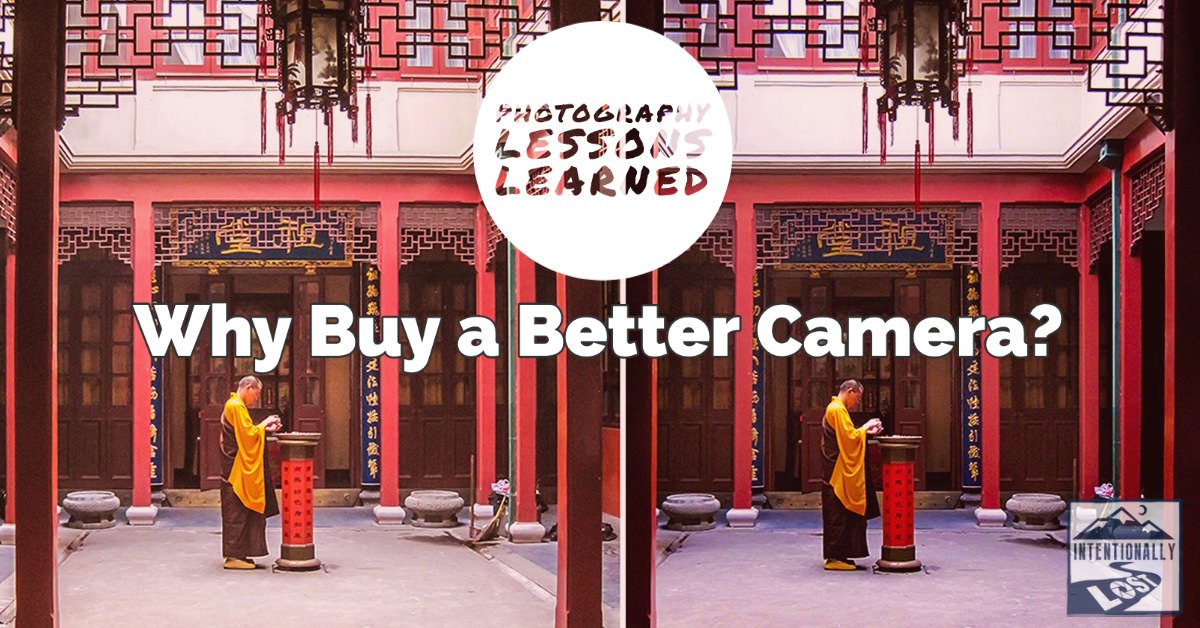 There are lots of things wrong with both of these images below. A better camera would definitely help. Short list - I would shoot it in raw with a lower iso and take a step to the right to get the framing more symmetrical. If you're used to viewing social media images of snapshots from phones then these probably both seem pretty acceptable. This is a picture from a small Canon point and shoot that I took during a trip to China. This was also the first time that I realized I cared about the quality of the pictures I was taking. The one on the left is from the camera with very minor edits to the color. The one on the right is after some straightening of lines and re-toning the image. I'm not thrilled with it but it suits my purpose for documenting the trip.  I would have loved to tone it a little more accurately in the yellows and reds but there's just not enough data in the image to do micro adjustments. I could have probably straightened up the lines even better but this isn't something I'm ever going to blow up and hang or try to sell as an art print so I'm happy with what it is, and I'll hope to return to this spot and get a better photo next time.

After this trip I decided to buy a better camera before my next trip; my own "professional" camera. The big things that I wanted to be able to control were focus points, ISO, and shooting in RAW. This image could have been resurrected much better if the camera I had on me was capable of capture in RAW. Taking a step to the right to frame this better could only be decided by how long the monk stayed in that position. When you start to pay attention to the details in a picture you realize that there really is a big gap between a snapshot and a professional photograph. I will say that if I were in this spot again with nothing other than a phone on me, I would quickly snap the shot with my phone. Wanting to improve every frame I take is still secondary to capturing the moment with whatever device is within my reach. 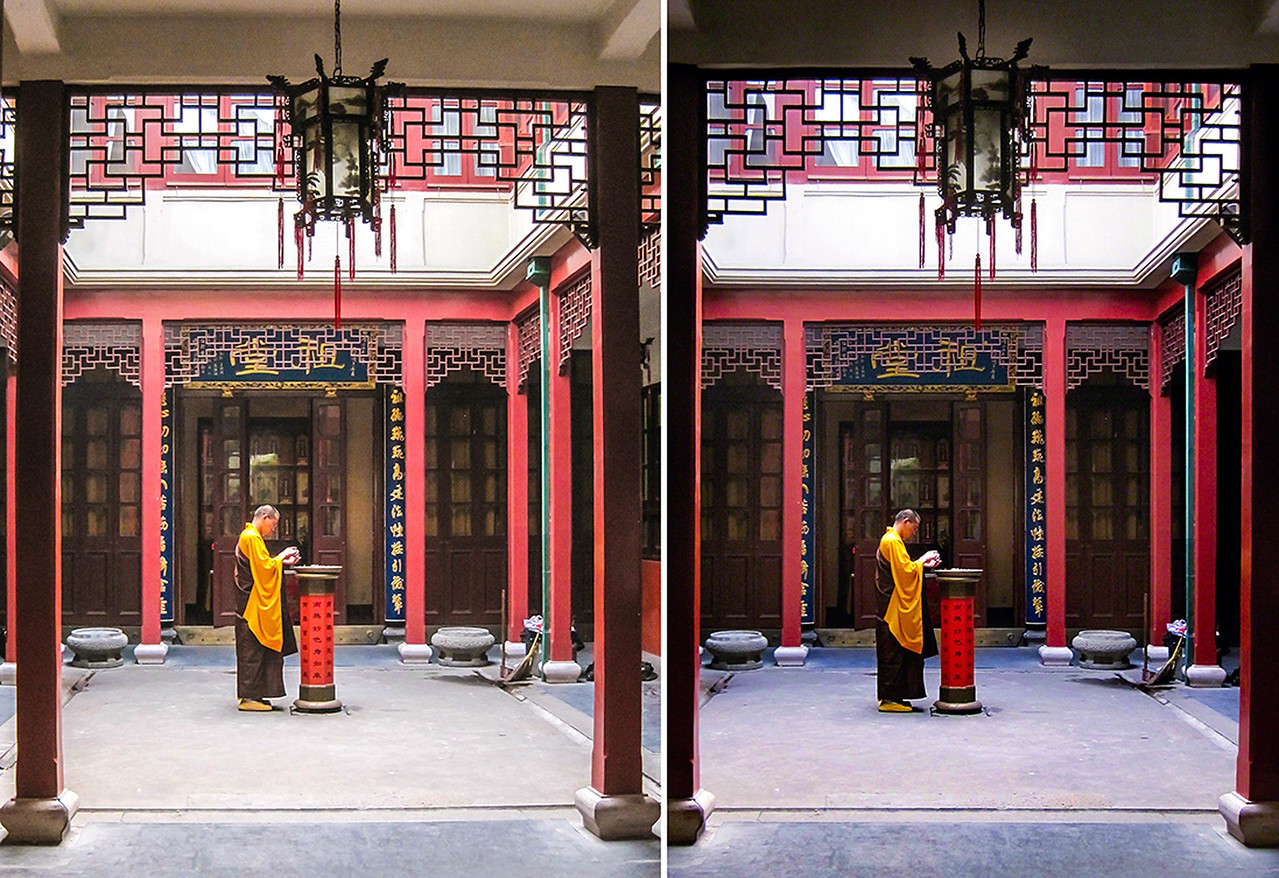 The natural next question we all ask of course is, "what camera should I buy?"  So you ask your photographer friends on your social platform of choice and they all tell you what they shoot with or they direct you to some article about the amazing new entry level camera that everybody's raving about today. After answering the same question for a lot of my own friends I've developed a little different thinking on the topic. I wrote a whole article about choosing your next camera. 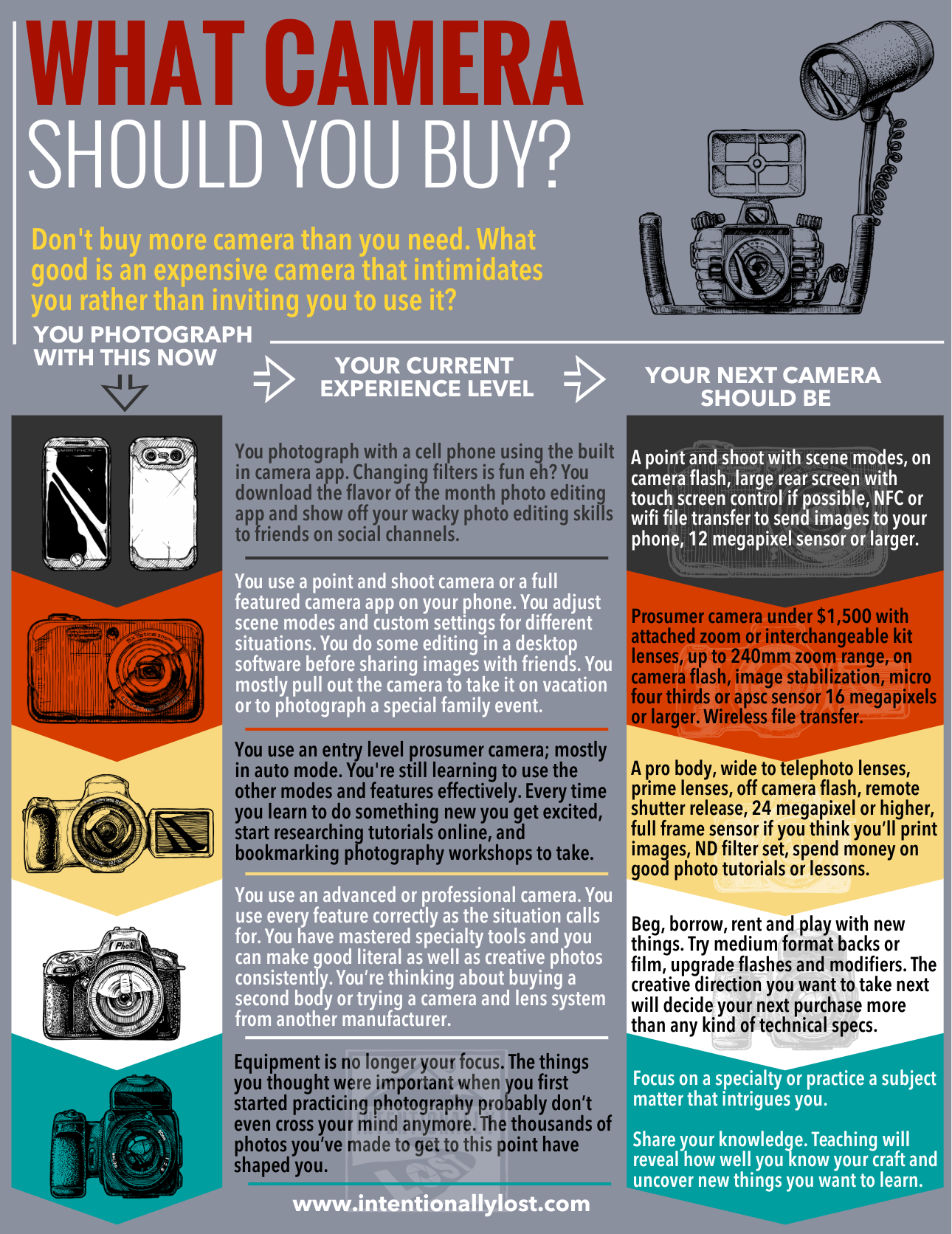 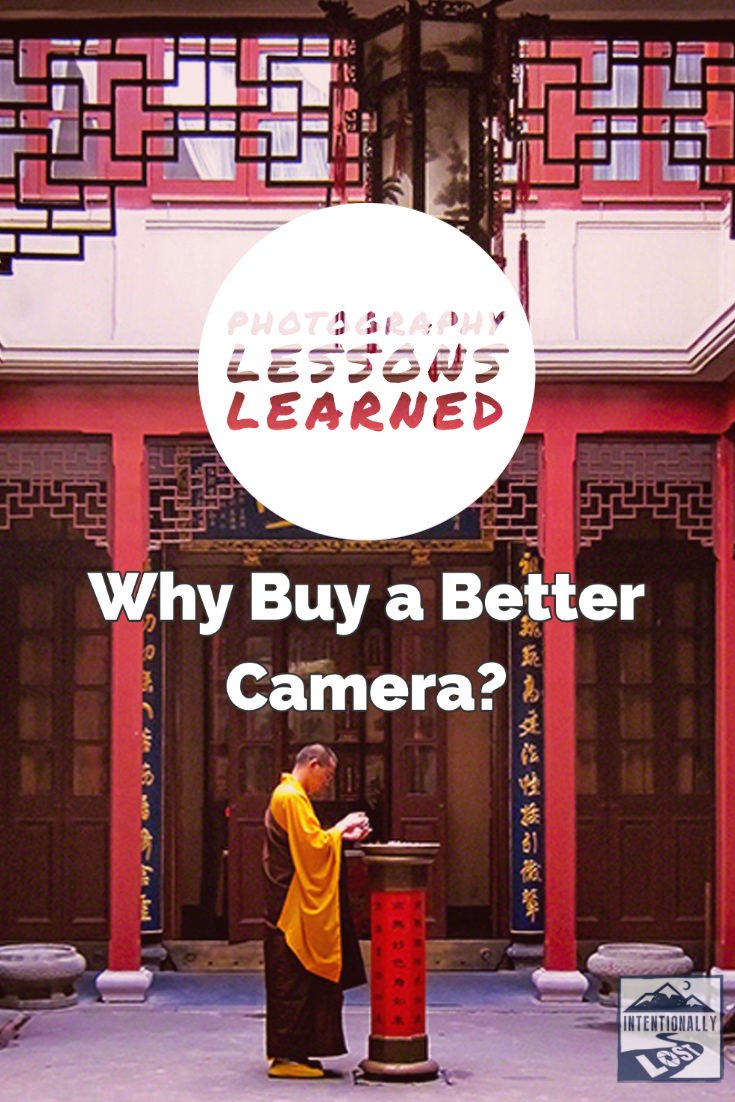 Subscribing to Notifications is the best way to get new content. I email a few times a year with bike and photo tour updates and the best new photos, posts and interviews.
0 Shares
Share
Pin
Share
Share