Birthplace of Christ in Bethlehem 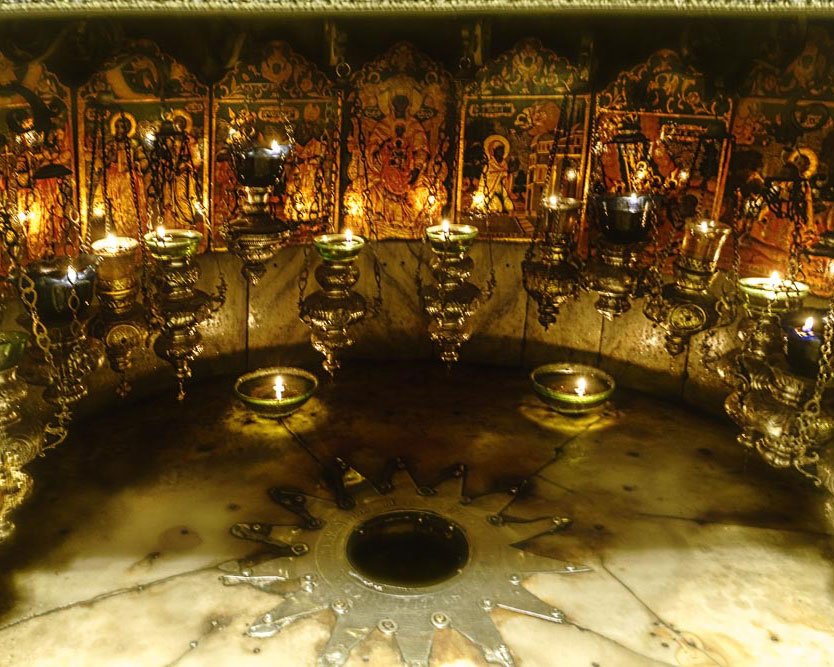 The birthplace of Christ is something most everyone wants to see when they visit Bethlehem. With a lot of religious historical sites in Israel, the question is; where did that really happen? Often you’ll get different answers or at best a commonly agreed upon location where said event is likely to have maybe, we think, possibly taken place. To be fair; in a country with relatively little land space that has been conquered, inhabited, built on, raised and built on again it’s very difficult to pinpoint actual locations where events happened because almost none of the original structures still exist. When you ask the locals in Bethlehem for the birthplace of Christ, everyone points you towards The Church of the Nativity. Okay, to be honest, most people (and scholars) believe this church was built on the original place where Jesus was born but wasn’t actually in existence at the time. Also, the church right across the street known as the Milk Grotto or Milk Church is part of the story as well. Supposedly the Milk Church is where Jesus was taken to be nursed immediately after he was born – a maternity ward so to speak.

The entrance is rather ornate and no doubt rebuilt like most structures have been. The Entrance immediately goes down these stairs an into a small chapel. 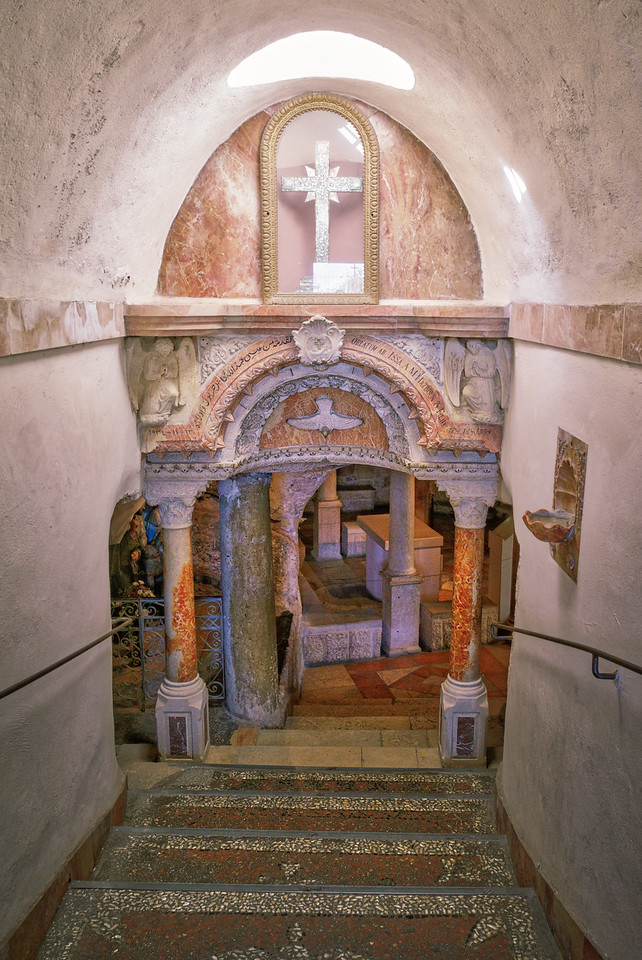 …and that’s about it. Who knows what the space originally looked like, but it has been converted into this little chapel with seating for maybe 100 people. I imagine it may have been a protected cave of some sort at the time.

After some of the crowds cleared out of the Church of the Nativity I headed over there. This is one of the original entrances. I really should have taken a picture of myself in the doorway. The actual door to enter is only about three and a half feet or 1 meter tall. Yeah, churches were also used as hiding places and fortresses a lot. A tiny doorway would be much easier to defend which is probably why it was filled in and reduced from the much larger original opening. The original wall and the new arch with the iron door installed were clearly built by different craftsmen at different times and with different materials.

Church of the Nativity original entrance

Most of the interior of Church of the Nativity was under construction as well. I’ve no doubt this will be an impressive place when the restoration is done. I wonder if they are going to keep this massive chandelier. It’s gorgeous until you look closer and realize it has bare cfl bulbs in each of the sockets. I’m pretty sure I visited when everything is getting a makeover.

Church of the Nativity Chandelier

And then you head into the main attraction which is directly beneath this wooden structure that’s behind the chandelier. Whether or not you believe that this is the actual location that Jesus was born, the energy of people there who do believe it is enough to revel in and enjoy the moment. Obviously this location has been turned into a shrine of sorts for the faithful to come and visit.

I don’t know if you’re supposed to or not, but I went even further down into the basement area of the Church of the Nativity. You walk through some narrow carved out passages and then come out into this dimly lit worship area where there are several tables with paintings and crucifixes. It’s very quiet down there and I was alone for the entire hour or so that I spent wandering around in the basement. Good times. 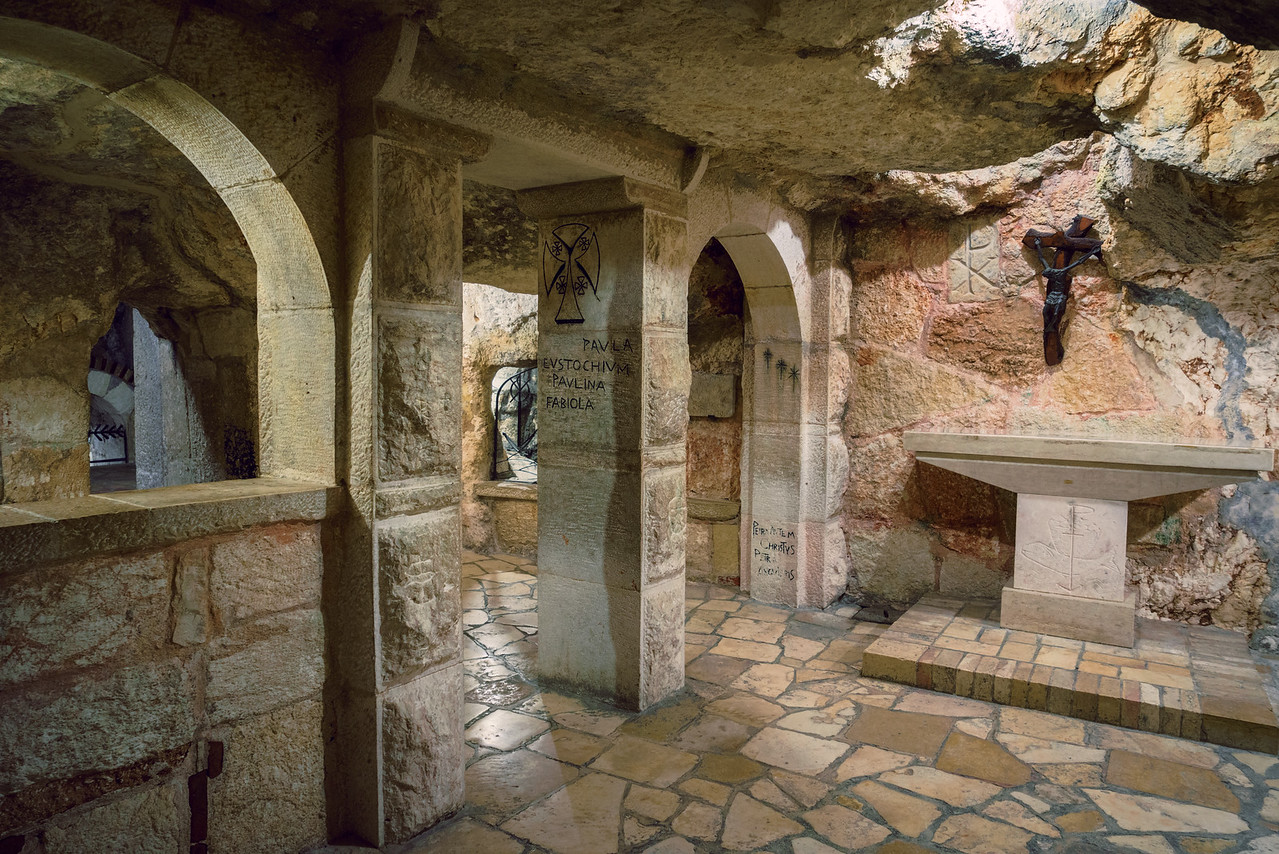 Church of the Nativity Basement Corridors

Back out in the sunlight, the courtyard looks pretty normal. I was definitely getting a little wierded out by the basement of the church. It was lit and I didn’t go through any locked doors to get down there so it must have been a public area right? I gave up on photographing churches unless there is some real historical significance to them and this one definitely ranks. I’ll try to get back here soon once all of the restoration work is done. 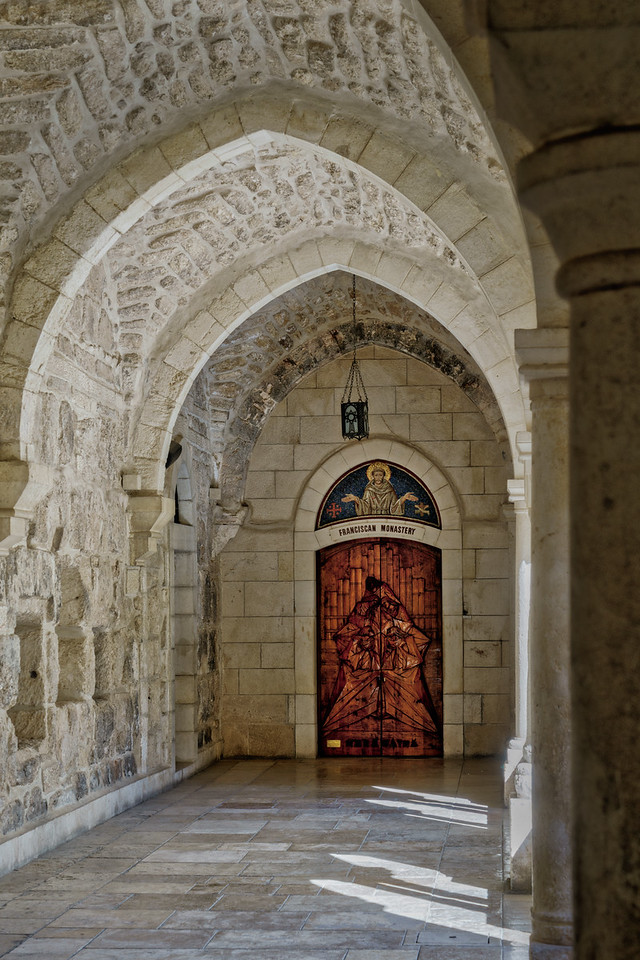 Church of the Nativity Franciscan Monastery
All Photos From Israel 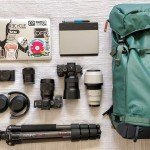